I am figuratively the worst blogger these days. Not only do I not post very often, but I have started several posts and then not finished them. This post was started back at the end of October when Mike & I went to see Ronnie Burkett perform his Daisy Theatre marionette production at the Esplanade.

I have a strange love for marionettes which I believe stems back to a time in elementary school when a travelling theatre troupe performed a play with marionettes styled as Japanese geishas (racist? sexist? Probably, this was the early eighties.) You might remember those assemblies. A chance to get out of regular class and watch some performers, probably funded by some sort of arts grant, trying to engage restless elementary kids with their performances. That it made a life-long impression astonishes me and would probably astonish the performers as well!

It is possibly also a result of the famous Lonely Goatherd song done with marionettes on "The Sound of Music", as well as the performances in the movie "Being John Malkovich".

Whatever the original influence, I love them.

I had gone to Calgary over a decade ago to see Ronnie Burkett perform his play "Provenance" and although I found the content shocking and a little bit disturbing (it wasn't a comedy), I was enthralled by both his skill and stamina. And I was more than a little bewitched by his marionettes.

Over the years I had asked at the Esplanade about when they would be getting Ronnie to come and perform in Medicine Hat. A Medicine Hat performance would not be just another stop on a long countrywide tour, but a return home for Ronnie as Medicine Hat is his hometown. How amazing that this little redneck city on the Prairies could produce a world famous puppeteer!

Finally it happened.  And it was glorious.

The night that I was there Ronnie emotionally introduced his grade 1 teacher in the audience.  It was a touching and wonderful start to a lively and hilarious performance.

Afterwards, Ronnie graciously let me have a picture with him.


If you read this Ronnie, thank you for coming home to Medicine Hat - we were delighted to see you and hope you return sooner than another 30 years from now. 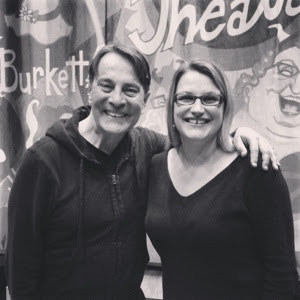 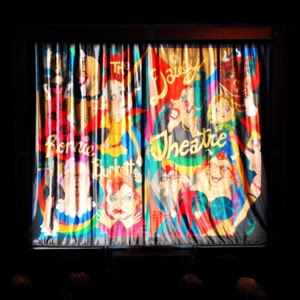 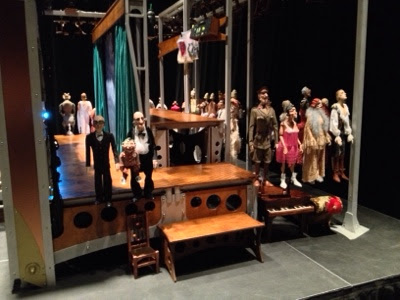 Posted by Alison Wonderland at 10:41 AM