TV - Broadchurch
I have to admit that I wanted to watch this series because of actor David Tennant, but it was Olivia Colman who blew me away in her dramatic role.  I'd only ever seen her in sketch comedies (Peep Show, That Mitchell and Webb Look) before this series, so I had no idea that she had such dramatic acting chops.  I cried the entire way through the first episode and now that I've finished it, I'm wondering how they will ever match the intensity of that first series when the second series begins in the Fall.

Books - Gillian Flynn
These books are a dark and twisty delight.  You think you know the answer to the mystery right up until the final reveal. I'm impatiently waiting for Flynn's next novel. 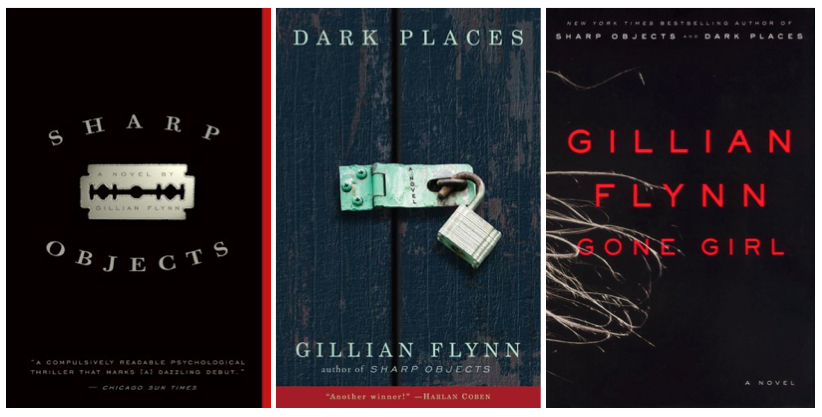 Music - Picture The Ocean
My cousin and I had the opportunity to hear this folk-pop trio at Inspire Café in June and were transfixed by their musicianship, distinctive and vibrant vocals, and flawless harmonies.  I especially love how so many of their lyrics reference winter - either literal or of the soul, the mark of a truly Canadian band.  A highlight for me was an acoustic version of Everybody Knew from their latest album.  Picture The Ocean is one of the only bands that I would say sound even better live than on their recordings, a true rarity. Bevies
The PC Blue Menu Sparkling Peach Mango beverage is not overly sweet, is thirst quenching, and has tiny bubbles, which is the only way I tolerate carbonation.  SO good on a hot summer's day.  The Dark Chocolate milk is a decadent treat and is especially tasty when added to homemade iced coffee. 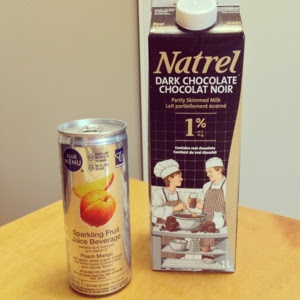 My Yard
...especially this grafted tomato plant.  I paid $30 for it on sale and I'm hoping to get at least one batch of salsa from it alone. 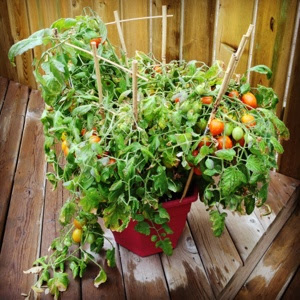 Posted by Alison Wonderland at 2:16 PM