I gave a fair amount of thought to how I would post all the stories and some of the pictures from my recent 5 day trip to Vancouver to visit my best friend Jeanette, (a travel blogger/photographer), as well as to attend a social media conference.  I considered doing topical posts, but concluded that a breakdown of each day would work better.

Wednesday I flew out from Medicine Hat.  I love that I could leave from the Hat and didn't have to stress over driving to Calgary and figure out parking while I was away.  My husband was at work, so my mom and the girls took me to catch the plane. 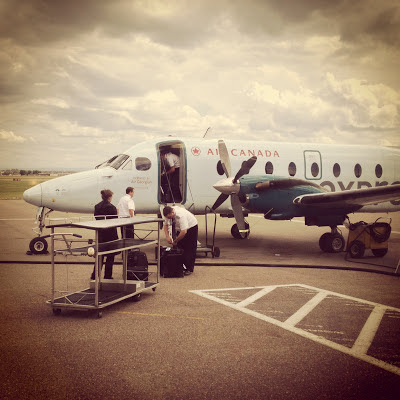 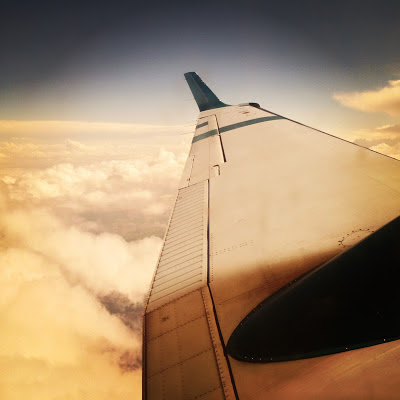 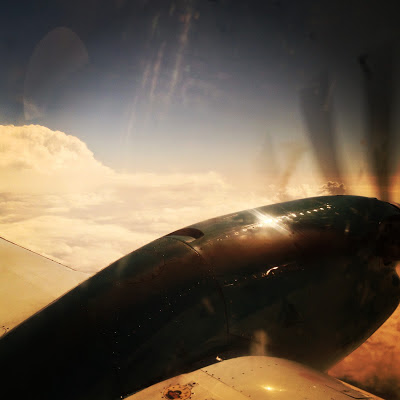 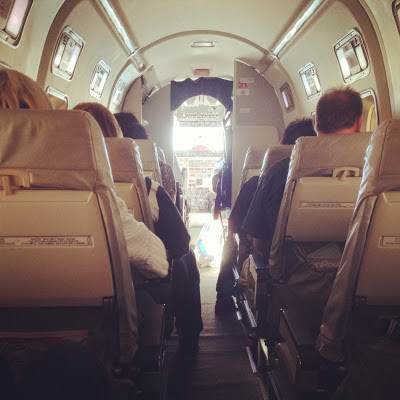 My 8 year old daughter had some sadness about me going away in the days leading up to me leaving, but my 5 year old had been fine, just asking questions about where I was going to sleep and what I was going to be doing while I was there.  That all changed as I passed through the gate to board.  Both the girls started crying.  My mom took them for milkshakes to try to cheer them up, but after stopping to pick up the mail, she came out to the vehicle to find both of them wailing away. I called from Calgary between flights - still crying.  I called from Vancouver after landing - still crying.  My youngest continued crying for 5 hours. The next morning my husband found her weeping in her bed and asked her why she hadn't come to get him and she said, "I wanted to cry for mommy in private."  Later that day he took her to the store and told her he would buy her a toy if she would try to stop crying.  She pushed the doll she had picked out back at him and said, "Take it back, I want to cry about mommy."  That is some serious dedication to crying.

Anyways, back to my adventure.  After picking me up at the airport, Jeanette & I went downtown for some Korean barbecue.  When I told Mike that we cooked the meat on a grill in our table he said, "If you wanted to cook you could've stayed home.  Are they going to make you wash dishes too?" 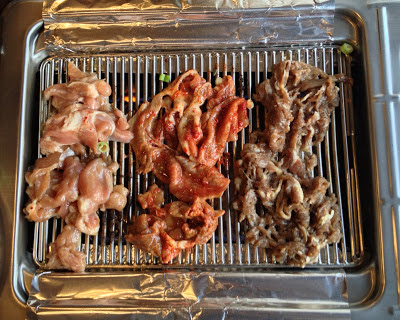 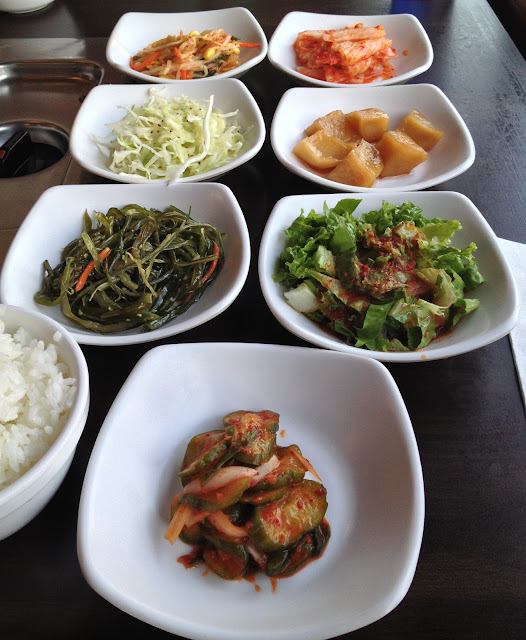 Thursday morning after breakfast we headed back downtown for some sightseeing and shopping.  Lunch was the famous Japadog (I had the beef Terimayo) eaten with a view of the water.  Vancouver is truly a feast for the eyes as well as the stomach.  The combination of urban landscape fully blended with the stunning natural surroundings makes for a sometimes overwhelming experience.  There is so much to see that I frequently referred to myself as a "rubber-necker", my head twisting in every direction so as to not miss a single thing.  You'd think I'd never been there before, when in fact this was my fourth trip to Vancouver. 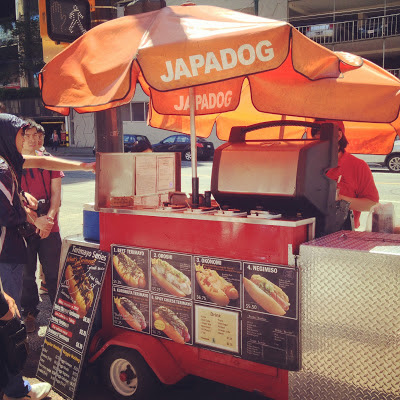 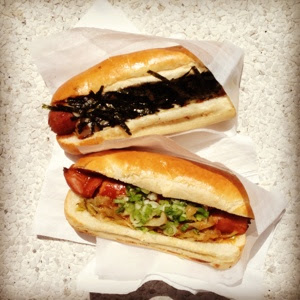 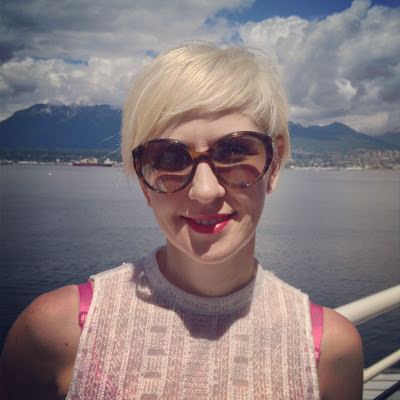 A few shots of the city. 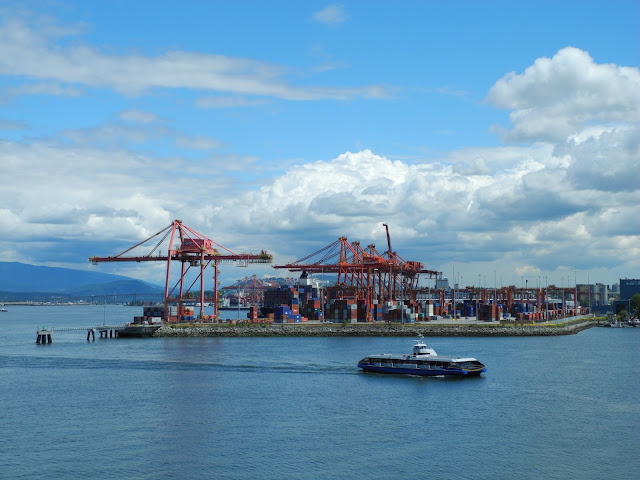 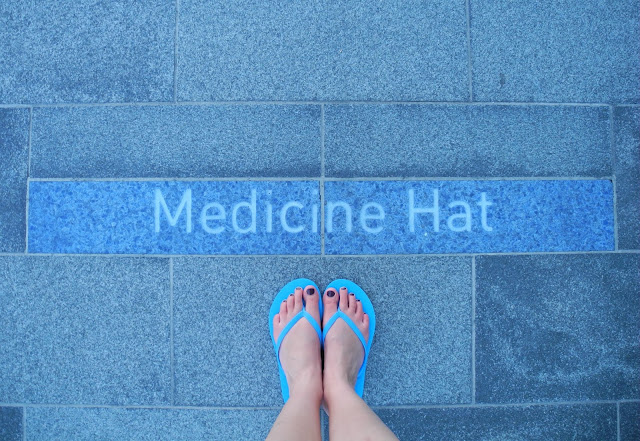 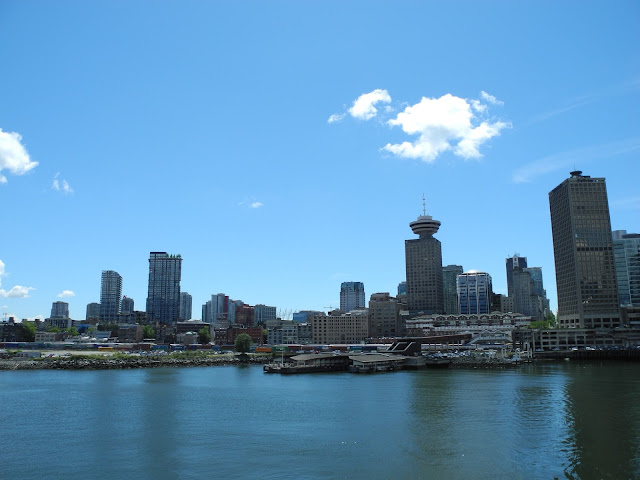 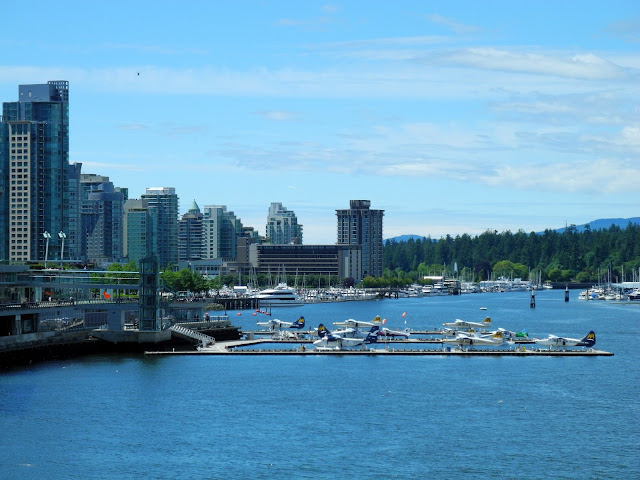 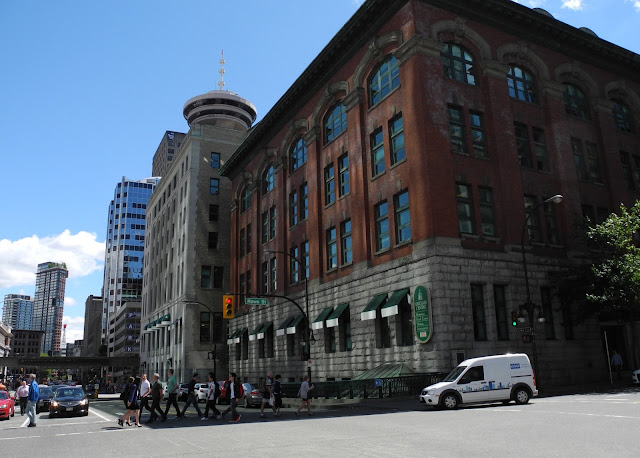 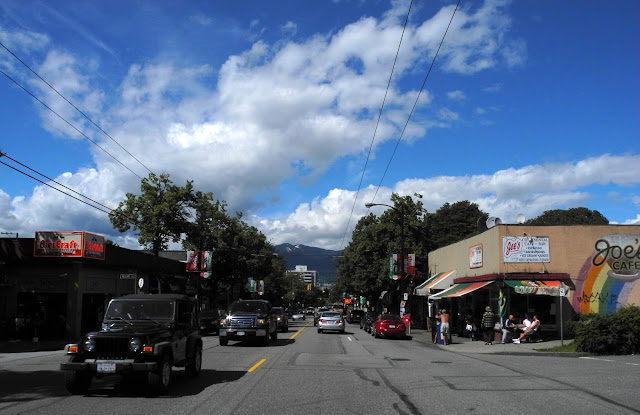 After people-watching on Commercial Drive while sipping some fantastic iced coffee, we headed home for a quick supper of roasted chicken with a delicious summer salad of Jeanette's creation: tomatoes, mango, cilantro, purple onion and a vinaigrette dressing, before heading out to the pre-conference tweet-up at a pub in the Olympic Athlete Village on False Creek.  We were out on the balcony where we were able to enjoy the transition from evening to night and watch the city light up. 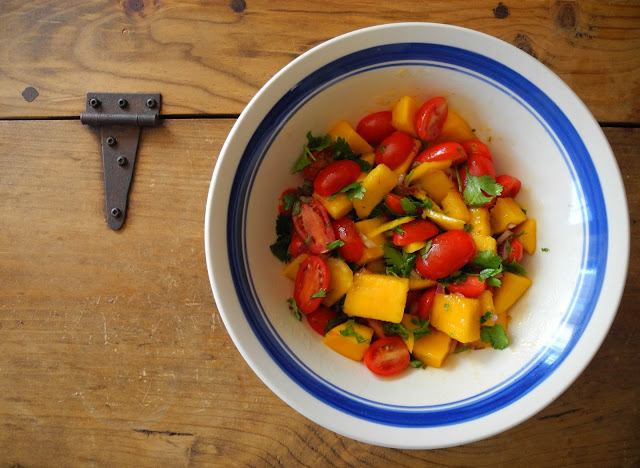 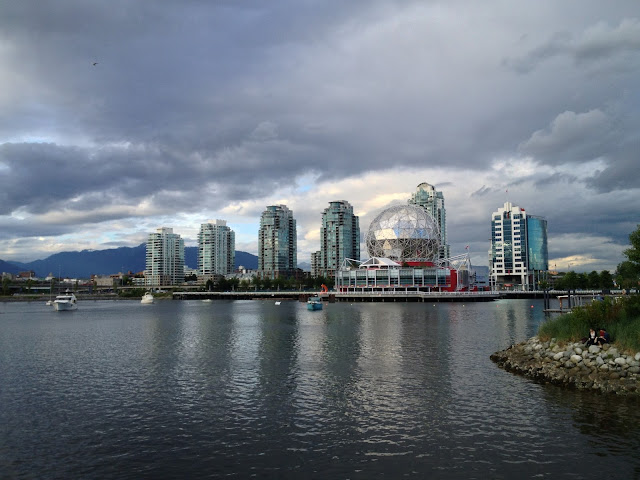 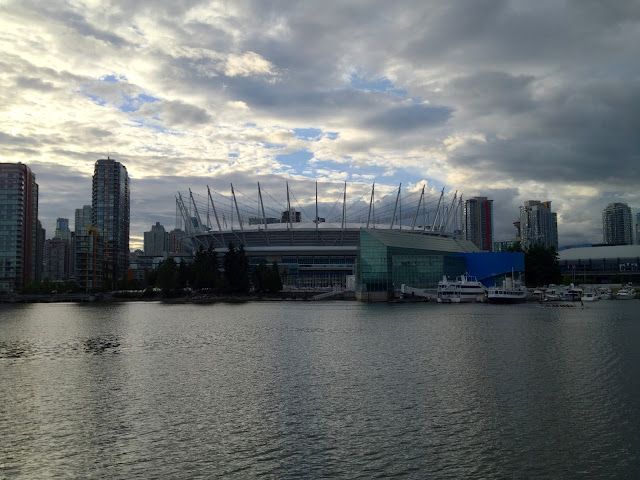 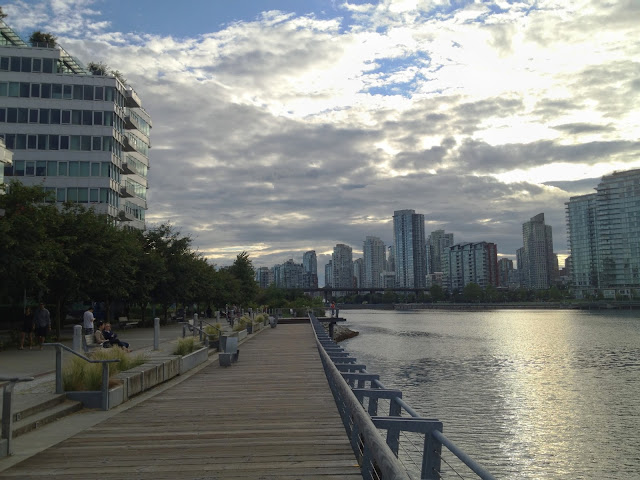 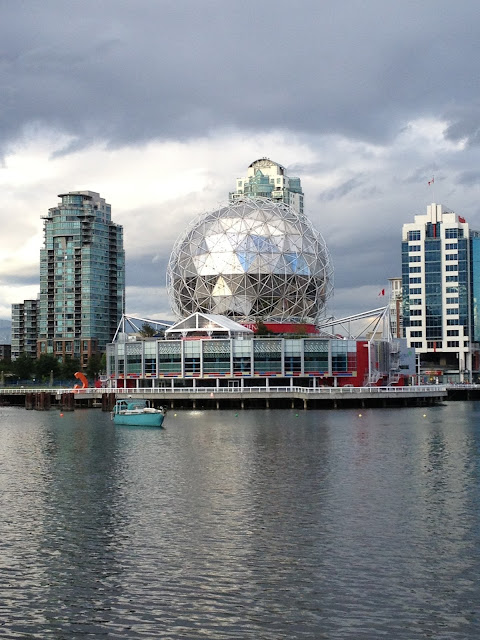 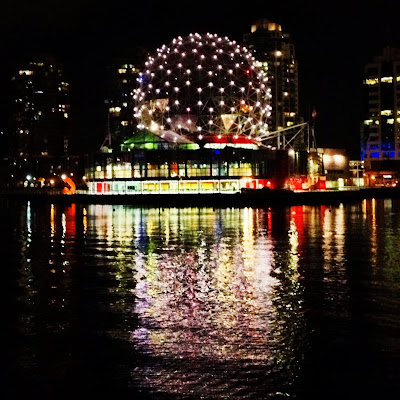 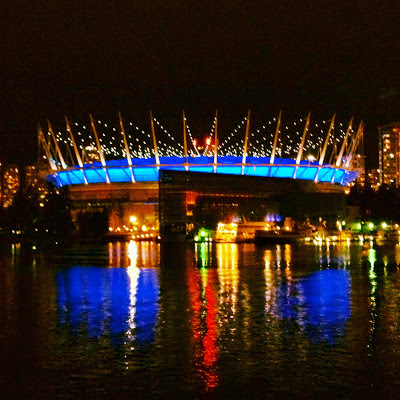 Posted by Alison Wonderland at 12:05 PM