Sunday arrived sunny and warm.  I had fully expected damp cool weather for my entire trip, in fact, that had been the forecast while I was packing, so I was pleased when I didn't need to use a jacket my entire visit, even in the evenings.

Something that I love so much about Jeanette's neighbourhood is that it is full of little shops.  Instead of heading off to Costco or Wal-Mart, you just run across the street to the local bakery, butcher or Italian market, which we did Sunday morning to get the ingredients for Sunday night's supper. This is a famous landmark sign from outside one of the shops. 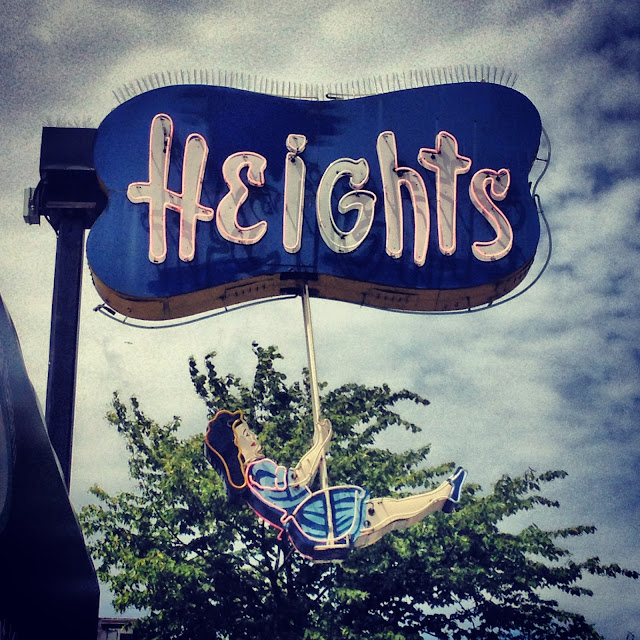 We had brunch plans with Jeanette's brother, who took us by a location he had been working on for a tv shoot the next day.  He's a greensman, which means that he works with plants to create the desired appearance for tv and movie scenes involving green spaces and plants.  This was what he had prepared.  The star of the tv show had to fall into a puddle, so they had dug out the sod, put in a stunt mat, covered it with a bladder and would fill it the next day with "clean" mud for the shoot.  We actually saw several other filming locations being set up downtown later that day as well, but unfortunately there were no celebrity sightings. 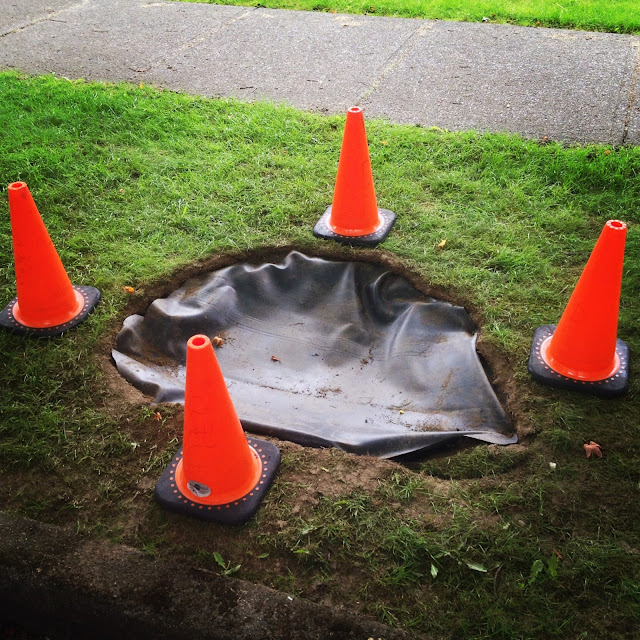 Then we enjoyed a delicious meal at Roundel Café; I went with the classic Eggs Benedict, so yummy. 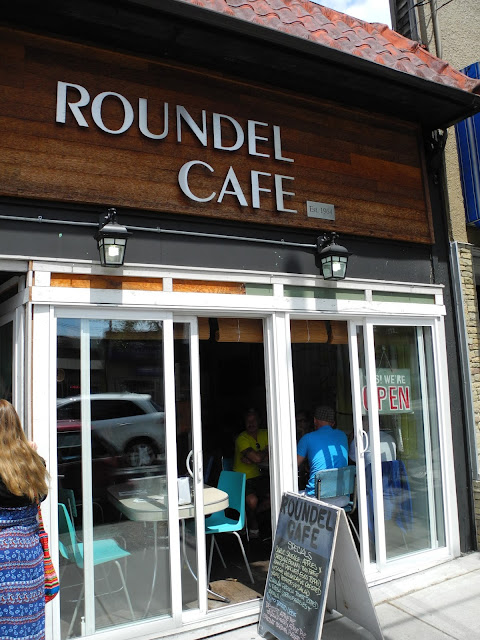 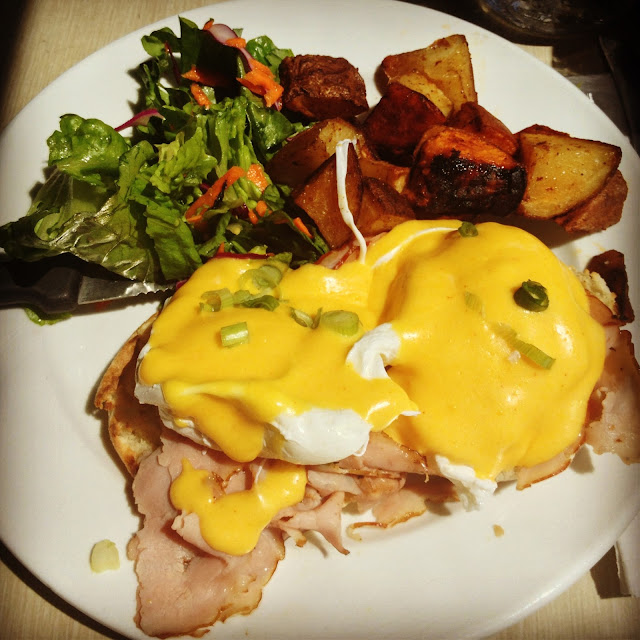 After brunch we headed downtown for more sightseeing, stopping along the way to pick up eye-opening Vietnamese iced coffees.  I couldn't get enough of the downtown sights, Vancouver has an amazing combination of old and new, nature and the cosmopolitan. I felt bad for dragging Jeanette all over the place just to stare at buildings, but she didn't seem to mind, especially as the weather was so fine. Something that I don't think I will ever become blasé about in Vancouver is the rooftop gardens and green spaces. 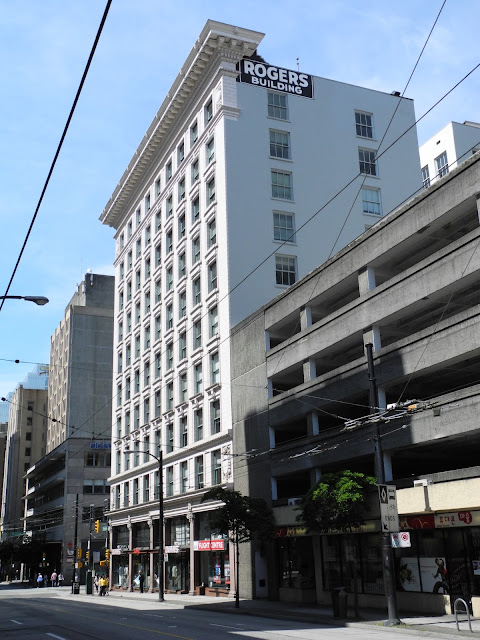 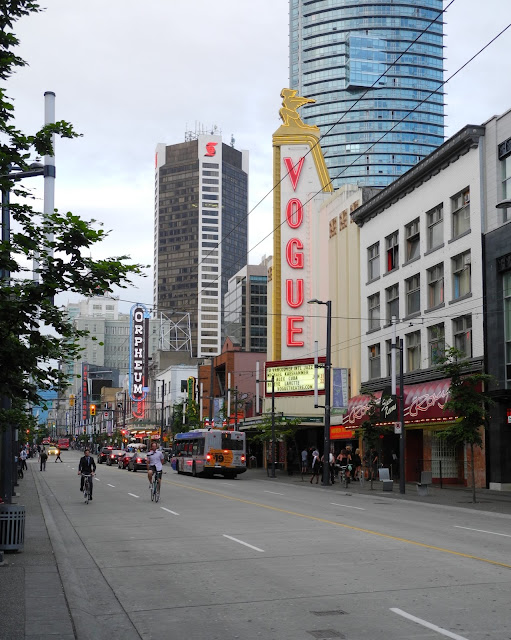 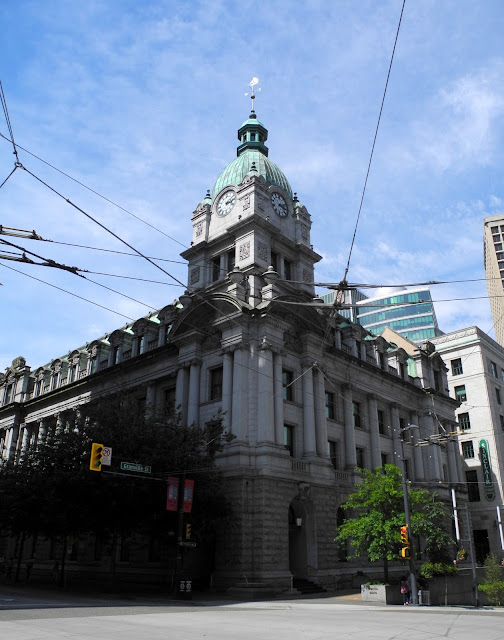 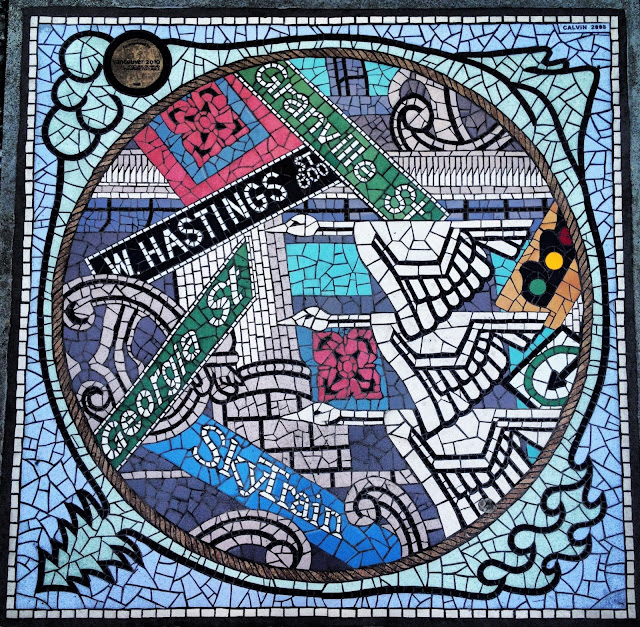 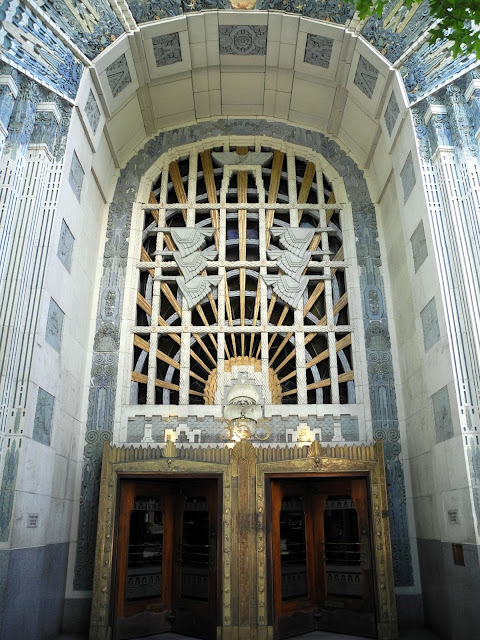 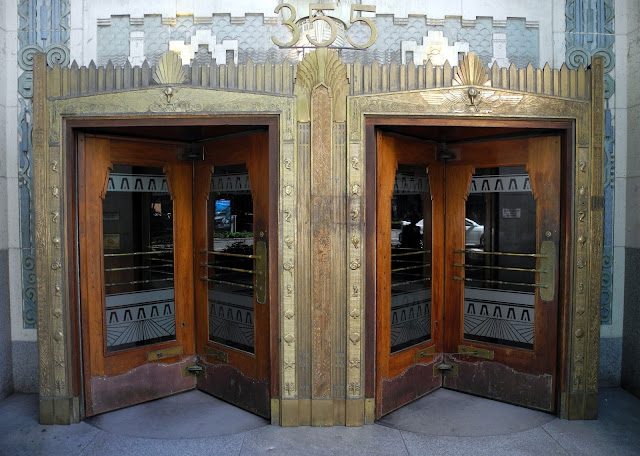 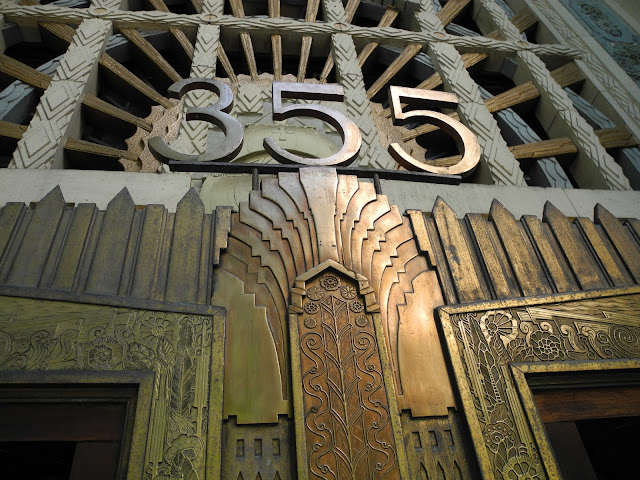 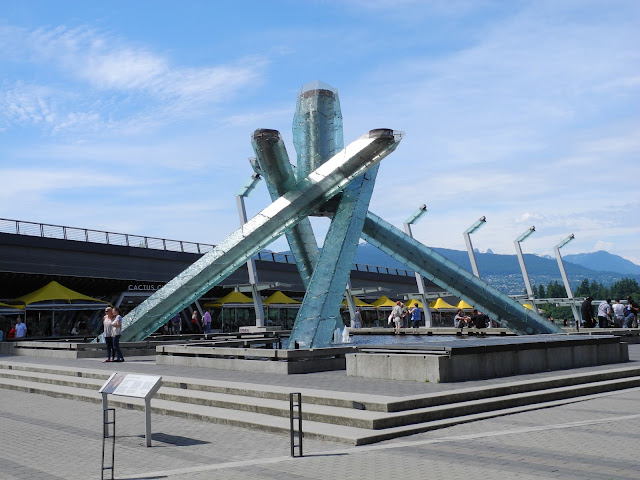 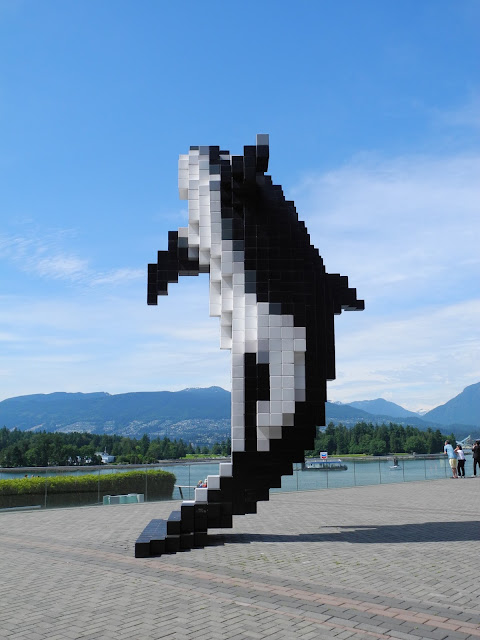 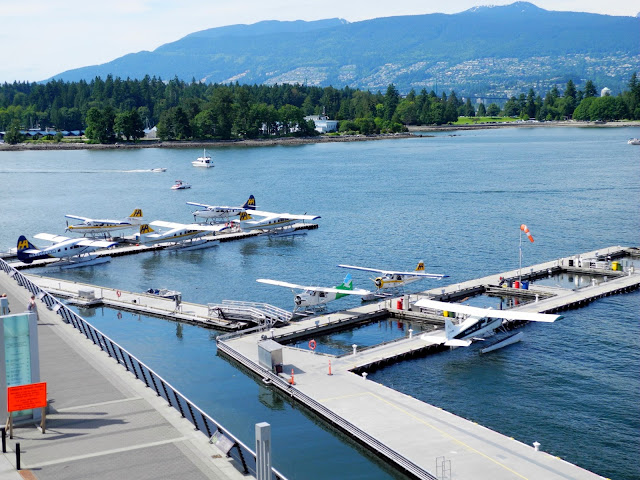 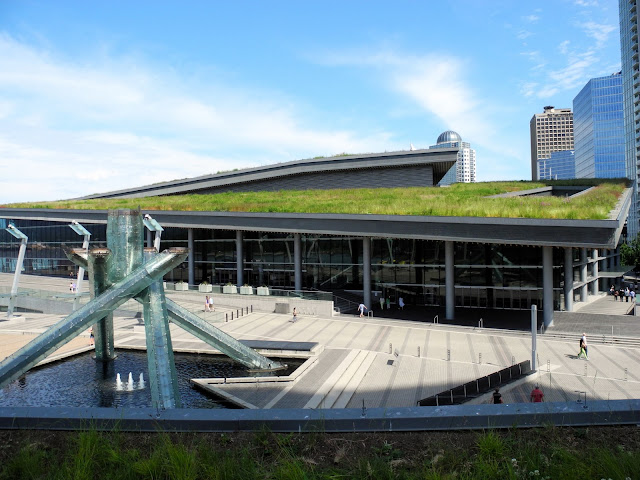 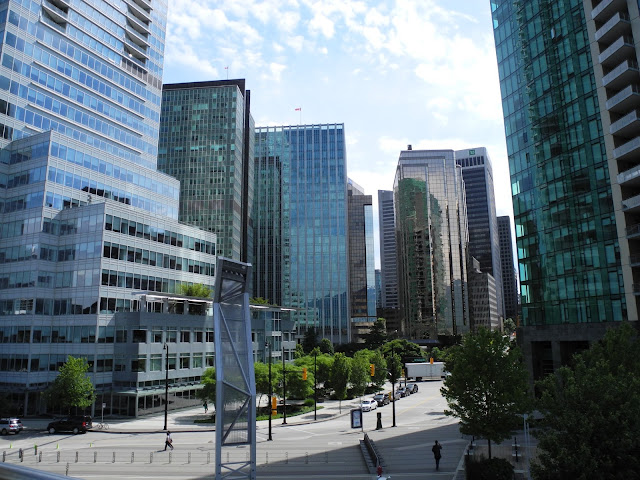 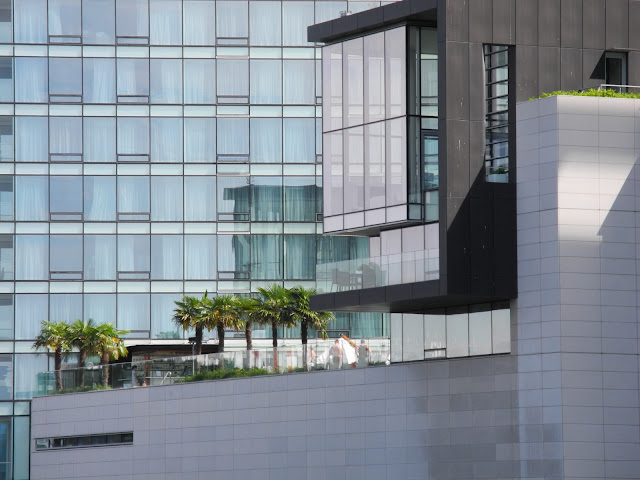 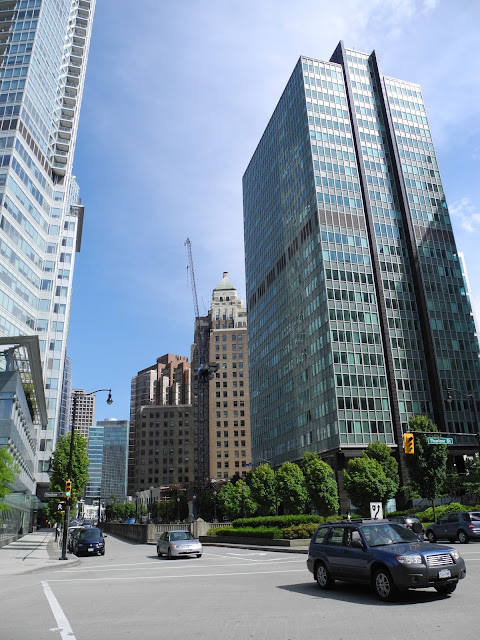 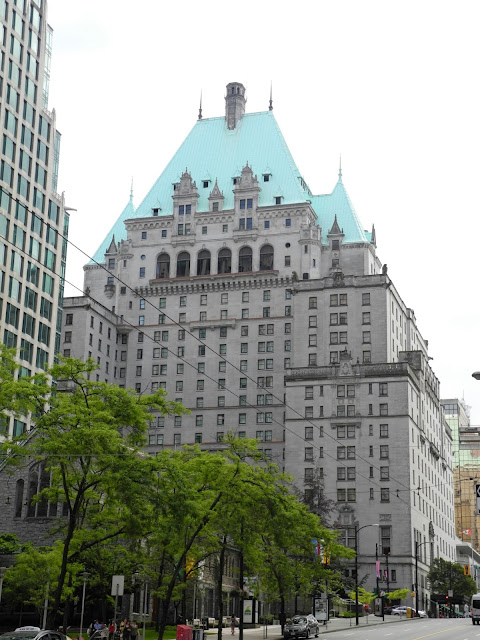 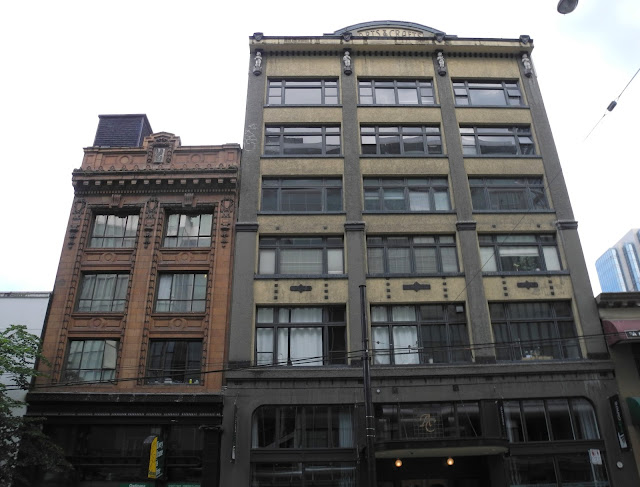 There was a church I had been in previously (without a camera) that I knew had unique stained glass windows that I hoped to get some pictures of on this visit.  I was happy to see that the church was open and we slid into the back pew for the last two songs of Jazz Vespers, after which I snapped away to my heart's content.  I won't bore you with all 17 stained glass window pictures that I took. 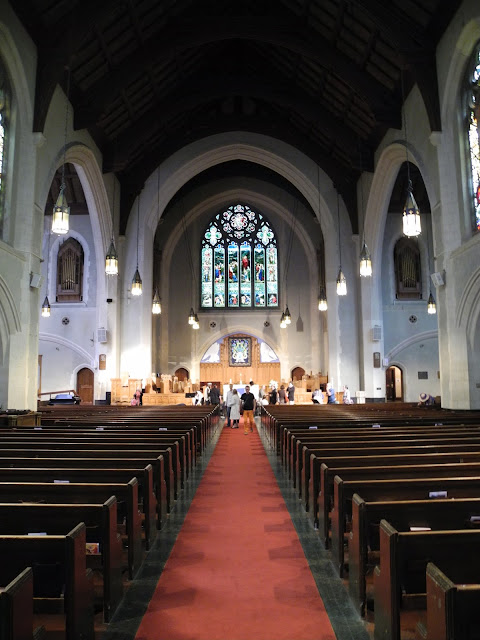 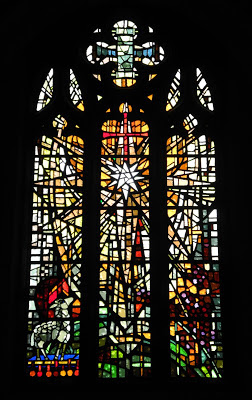 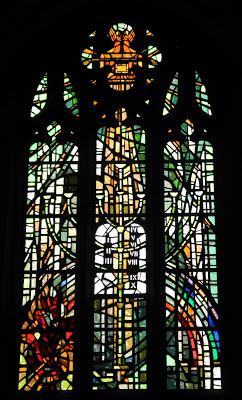 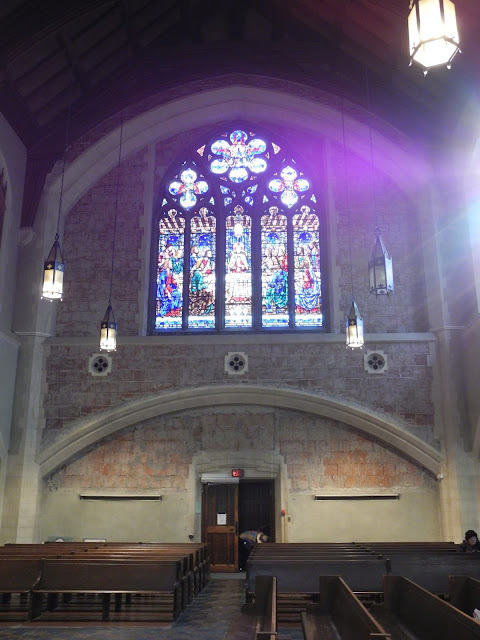 As much as I hate shopping I knew that I had to get something good for the girls to make up for "deserting" them. Thankfully, in a shop on Robson Street, I found the perfect gift for my Star Wars obsessed children.  Then I went to The Candy Aisle and bought Mike some old school candy.  Remember Gold Dust gum, in the little sack?  He got one of those and some of those candy cigarettes that we all used to eat before someone realized that maybe children shouldn't be encouraged to pretend to smoke. 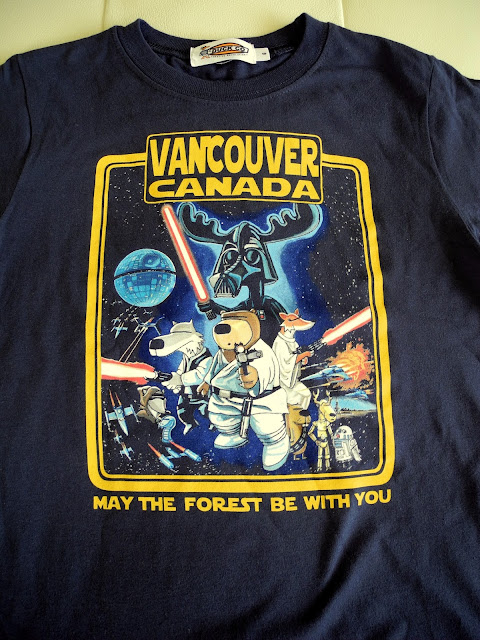 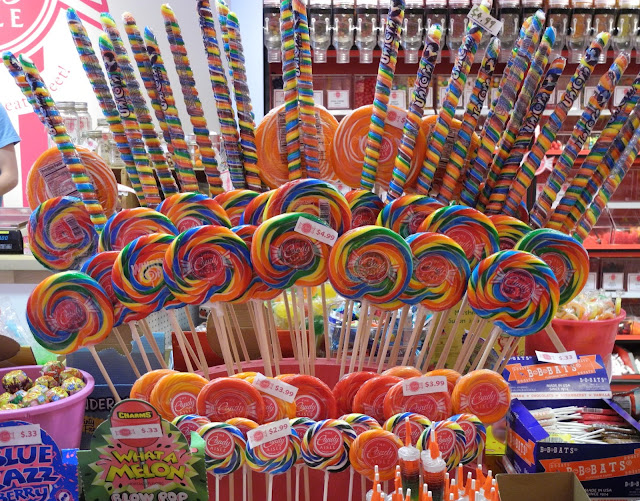 Supper that night was roasted peppers with tomato confit and feta cheese with the fresh pasta that Jeanette had bought at the Italian market that morning. If I ate like that everyday you would have to roll me down the street like Violet, the blueberry girl from Willy Wonka and the Chocolate Factory. 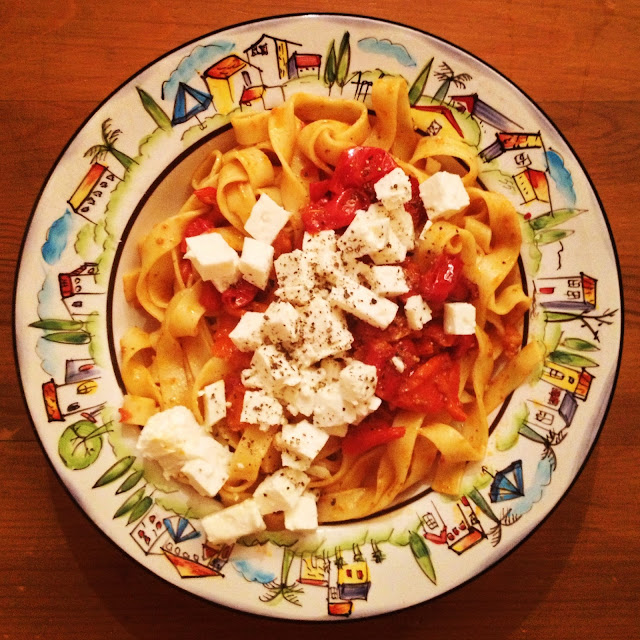 Monday morning signalled the end of my trip.  I had to be at the airport by 10:30am, where I said farewell to Jeanette and began my two-stage process of flying home to Medicine Hat.

It was a quick return to mommy duty.  Not 45 minutes after landing I was sitting at gymnastics with my oldest daughter. 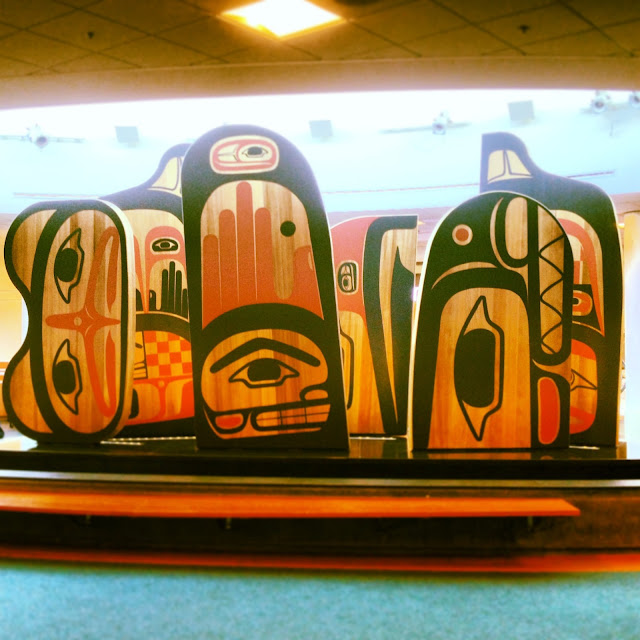 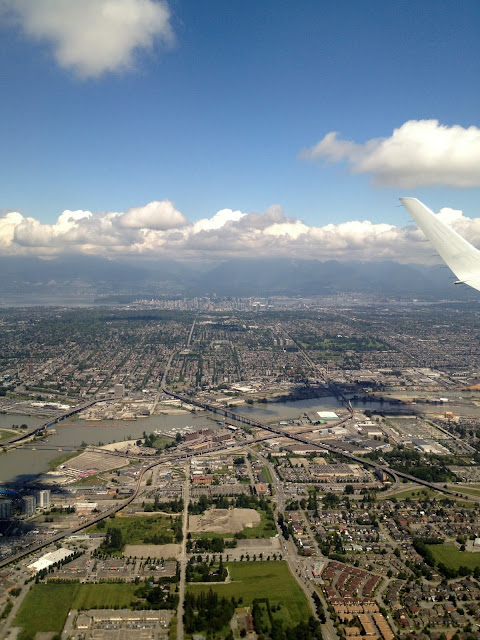 Posted by Alison Wonderland at 4:28 PM