Friday & Saturday were scheduled around Northern Voice, the social media conference we were attending.  I had been to the conference 2 years ago, when it was at the UBC campus, but this year had seen a location change to the H.R. MacMillan Space Centre and Museum of Vancouver. It was a beautiful location, even though the giant crab statue kind of freaked me out by simultaneously reminding me of Transformers and the alien bugs from Starship Troopers. 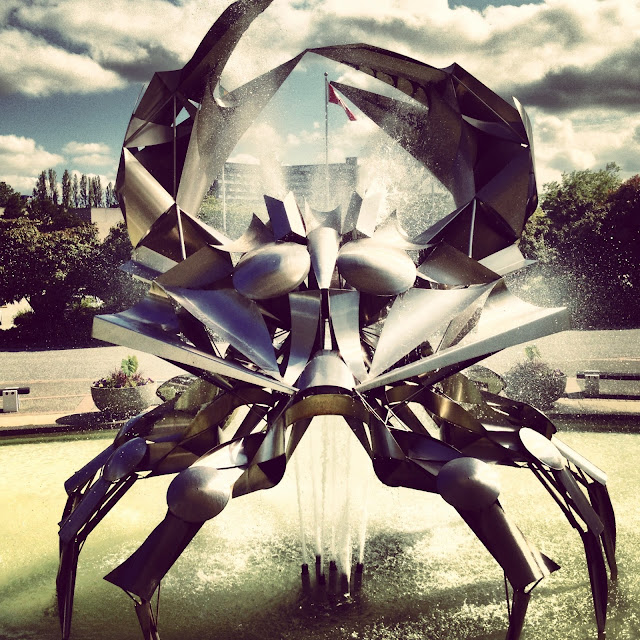 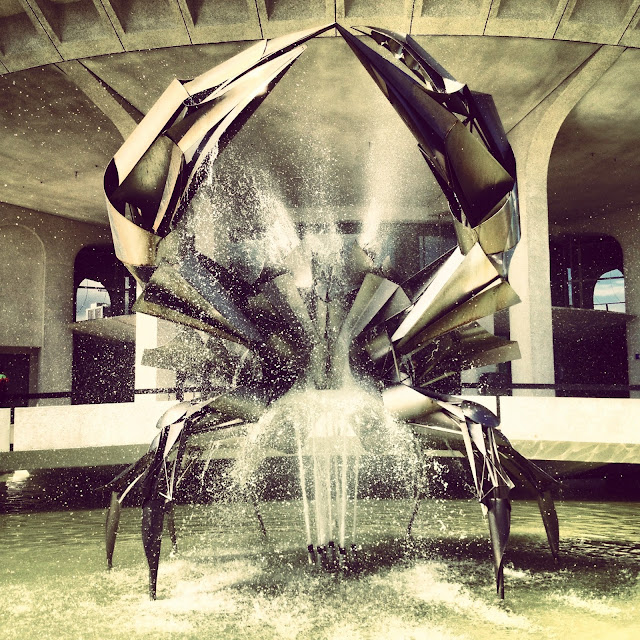 The view from the rear of the building was just as captivating as the art in the front was. 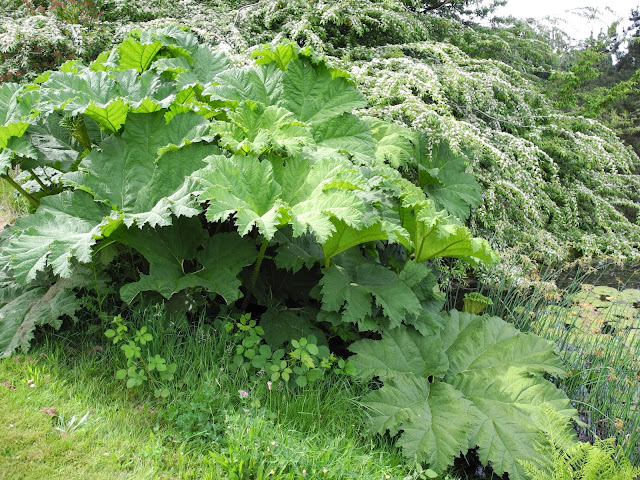 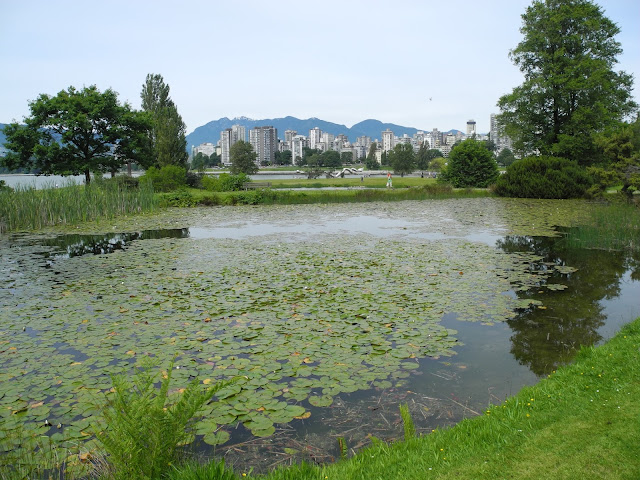 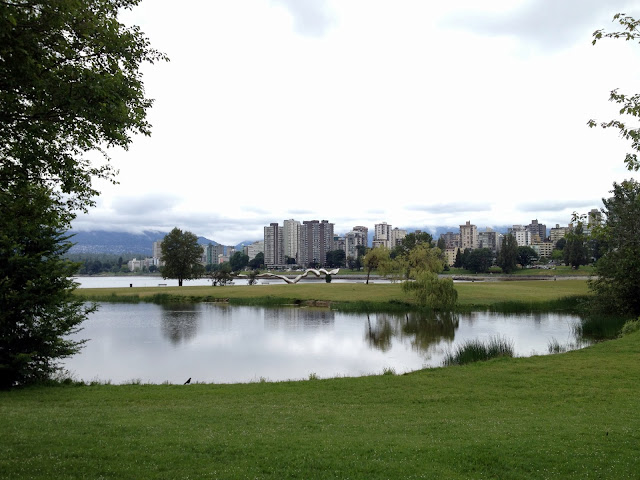 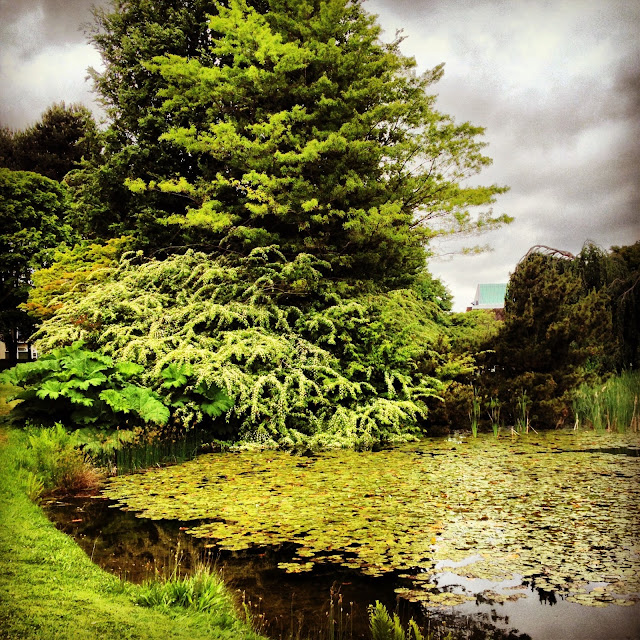 There were a couple of cool indoor exhibits as well which made for some great photography opportunities. 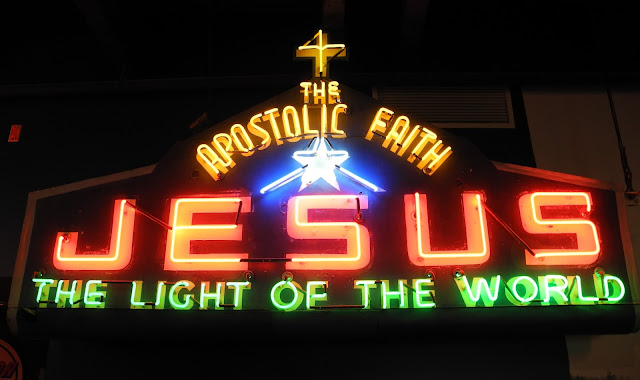 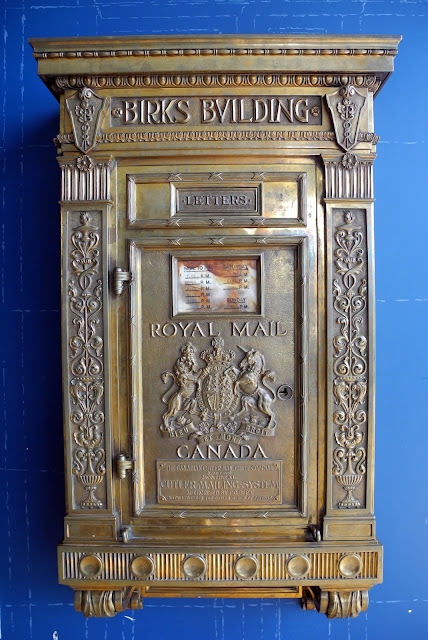 I was impressed with the presenters at the sessions I chose to attend.  My three favourites were Arjun Singh speaking on Civility and Citizenship: Talking About Community Issues Online; Darren Barefoot's Why We Live the Quantified Life (which I missed most of because we were late that day, but what I did hear was fantastic.); and Brad Ovenell-Carter's presentation on Twitter as a Note Taking Tool.

Brad is a teacher, and by the end of his presentation I daresay there wasn't a person in the room who didn't wish they could go back in time to be in his grade 11 "Theory of Knowledge" class.  I can only hope that my daughters have a teacher in their school-careers who challenges them as much as Brad does his students.  I wish his talk was available online so that I could watch it again, that is how good it was.

Sometimes a session will teach you something you weren't expecting.  I attended one session which made me realize the kind of blogger I want to be, by showing me what I don't want to be.  It was off-putting enough to send me home to my computer to remove the last little bits of advertising that I still had on my blog. I'm very conflicted about product endorsement and sponsored blog posts and have yet to figure out how to balance my desire to promote local community without moving into what I perceive to be a gray area (for me) of fee/freebies for services rendered.

I also found that a huge topic of discussion, both in sessions and during coffee breaks, was privacy, which if you are very active online like I am, is something that feels like a constant tightrope act.  How much do you reveal? Does privacy even matter anymore?

On Friday there was a party after the conference in the Space Exhibit Cosmic Courtyard.  By the time we got back to Jeanette's, we were beat, so we had some yummy East Indian take-out from a place on Commercial Drive and called it a night.

Saturday was jam packed with activities. After the conference we went to The Red Wagon for supper.  I was excited to try their Pulled Pork Pancakes since I had seen them on Diners, Drive-in's and Dives.  They were delicious. 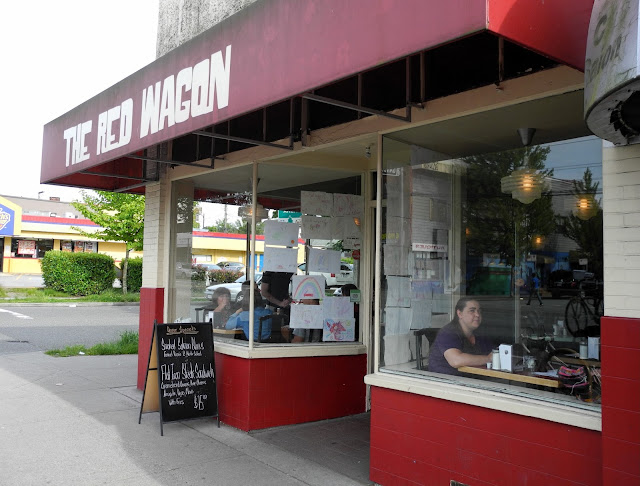 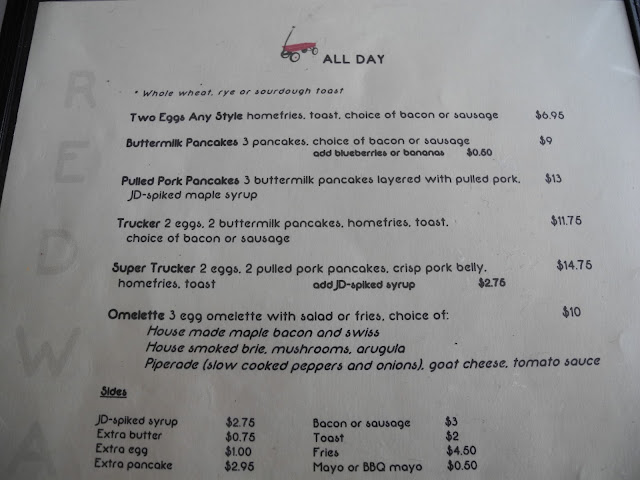 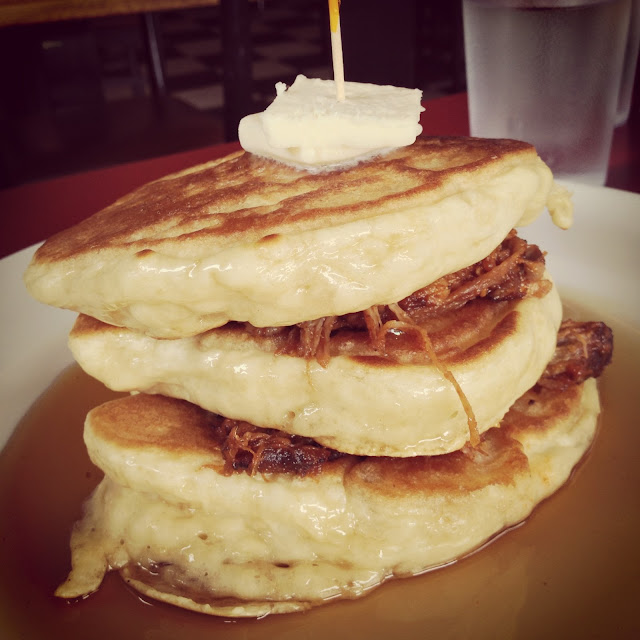 After that we went downtown again for an appointment Jeanette had, then on to Chinatown for the Chinese Night Market.  There was a beautiful garden in Chinatown, unfortunately it was closed, so we took pictures through the gate.  At the market I bought a couple of trinkets for the girls, then we walked down to Gastown to see the sites before heading home to bed. 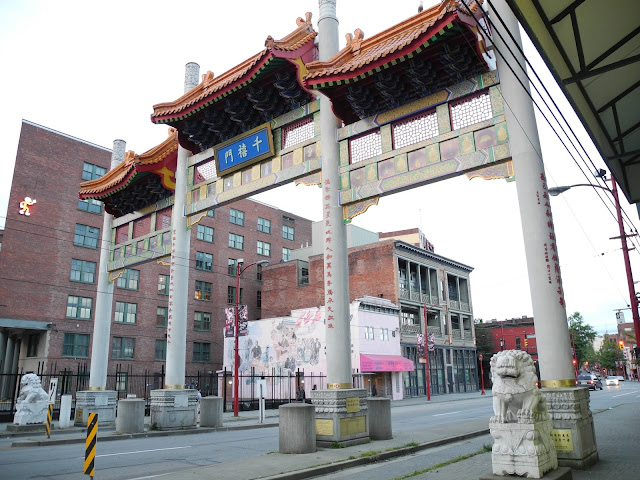 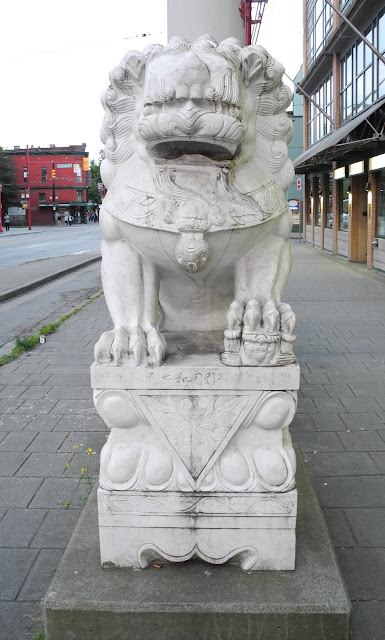 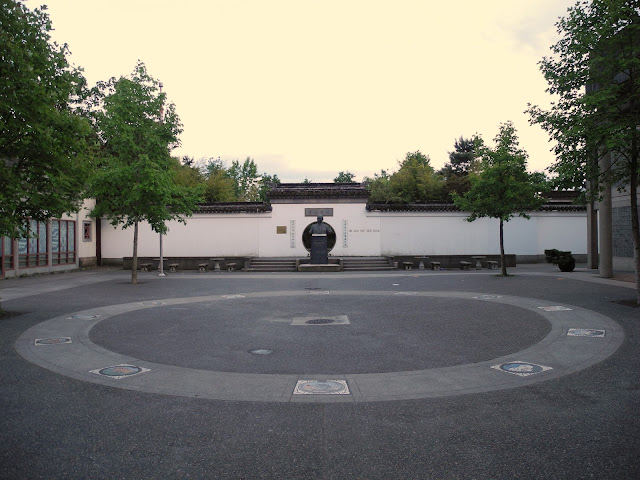 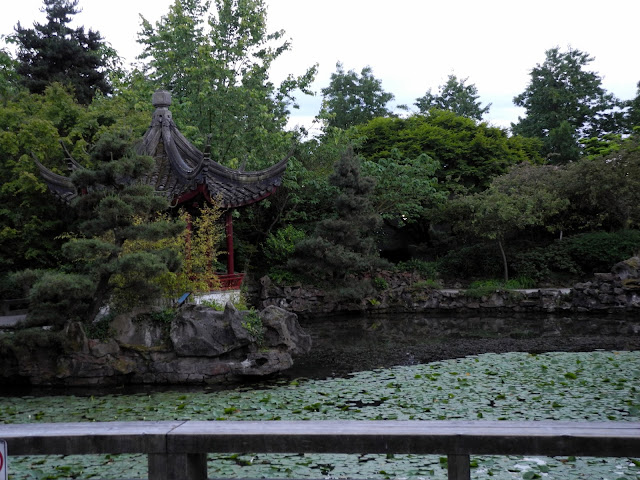 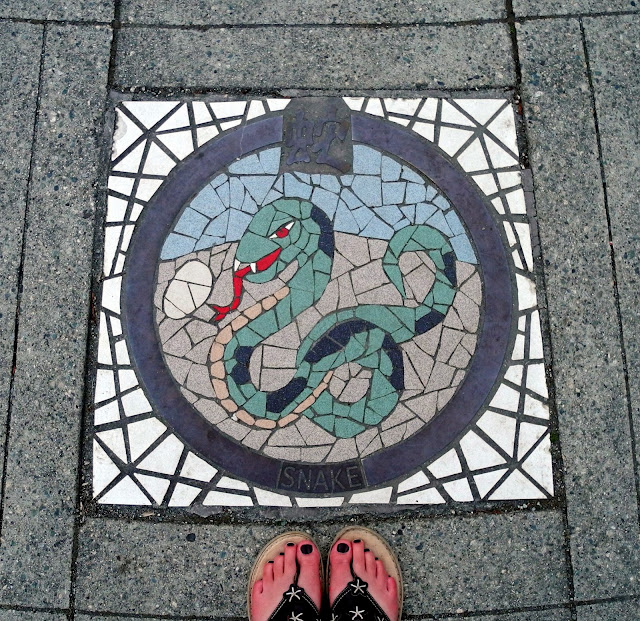 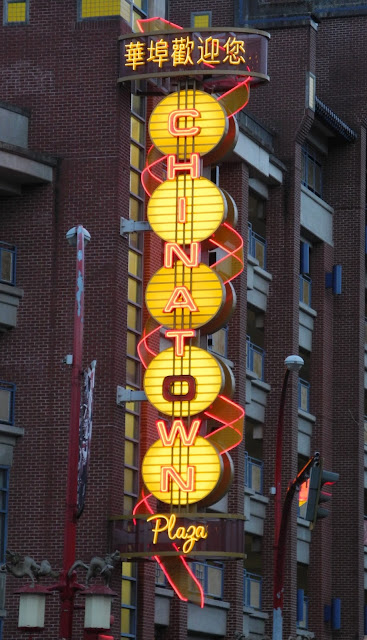 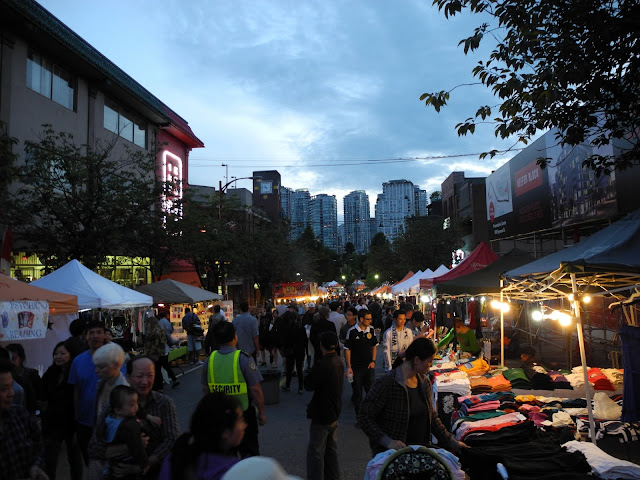 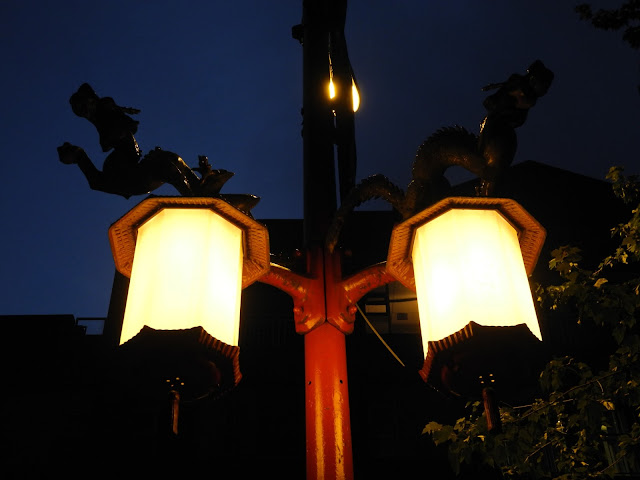 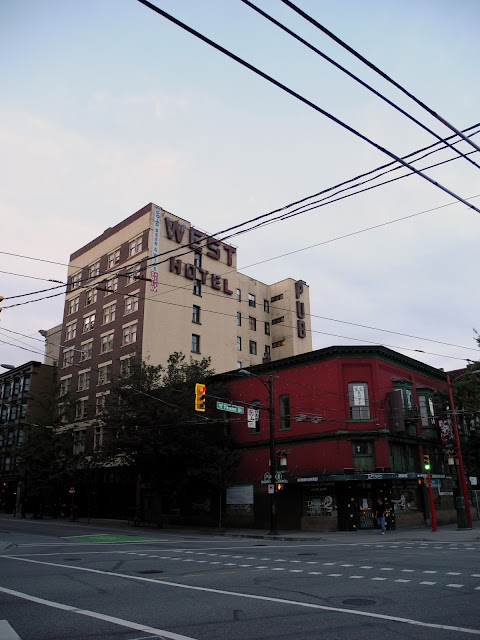 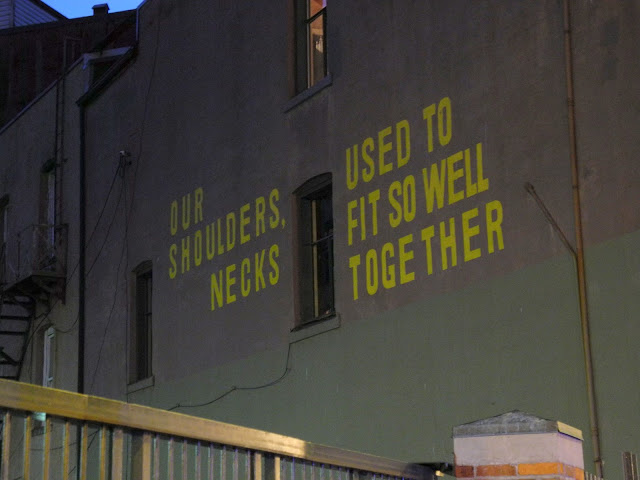 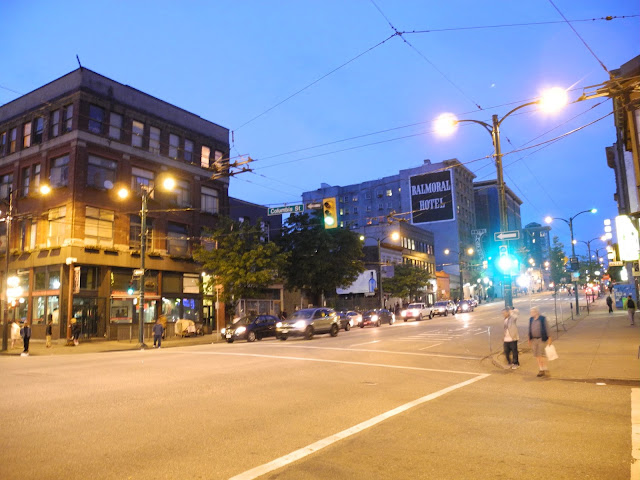 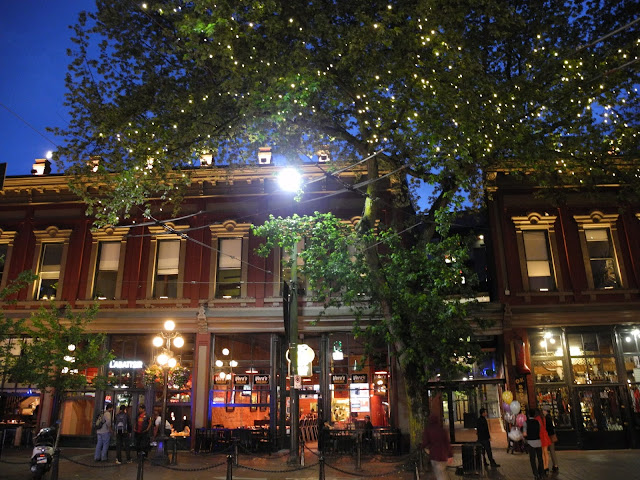 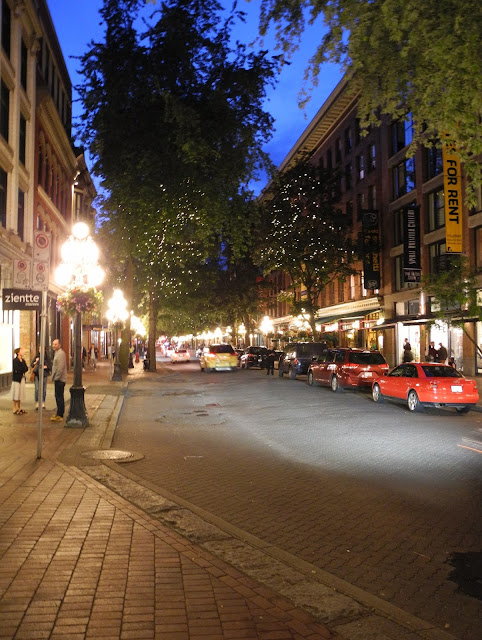 Posted by Alison Wonderland at 4:52 PM

Email ThisBlogThis!Share to TwitterShare to FacebookShare to Pinterest
Labels: Blogging