I'm sure I don't need to tell you about the major flood crisis that Southern Alberta has been experiencing over the last week, and will continue to deal with for the foreseeable future.  This isn't our first flood in Medicine Hat, nor will it be our last, but that doesn't make it any easier for those whose day-to-day lives are touched, especially those whose homes are in the evacuation zones.  I remember the flood of 1995 as being "the big one", but this one is bigger.  And unlike that flood, this time I had many friends in the evacuation zones, so it is much more emotionally impactful for me than previous floods.  I can't even imagine what they are going through right now, especially as they wait to get back into their homes and see the extent of the damage, if there is any.

I have been particularly impressed with the way the community has come together to prepare and support those in the flood zones.  The City of Medicine Hat, the police and emergency services, and the army have all been working tirelessly together to mitigate this disaster.  The flow of information to the public has been consistent and timely.  Now I just hope that our community spirit won't lose momentum as we move into the clean-up phase.  Thank you to all those who worked so hard to help prepare for this natural disaster!

@CollinGallant said it best on Twitter with a series of tweets, "Let's be great today, Medicine Hat" when the state of emergency was declared; and each day after, "Looks like we have to be great again tomorrow Medicine Hat".

I resisted the VERY strong urge to go downtown to see the river, as I didn't want to add to traffic in an already busy area, especially as I have seen the South Saskatchewan flood downtown before.  It helped that I was able to see many images posted to Twitter, so I felt like I knew what was happening in real time anyways. But I did go out onto Scholton Hill to survey the flooding begin on Sunday as Seven Persons Creek and Ross Creek began to back up due to the water levels on the South Saskatchewan.  Remember that these photos don't even show the high water levels as the river hadn't crested yet. 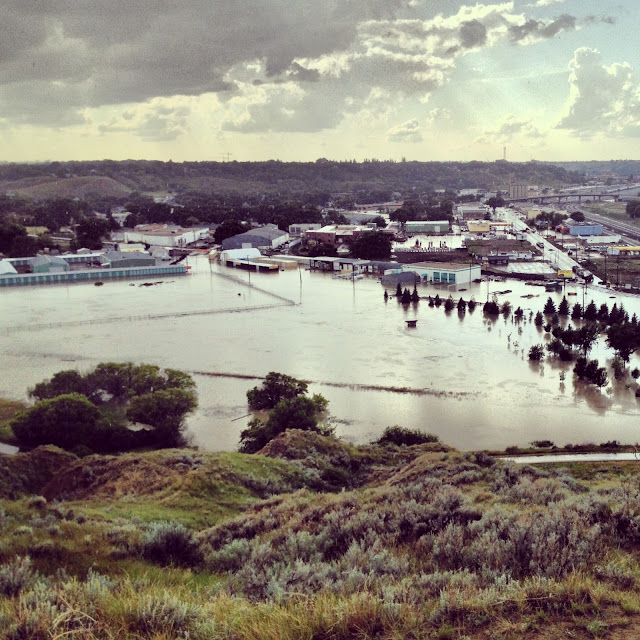 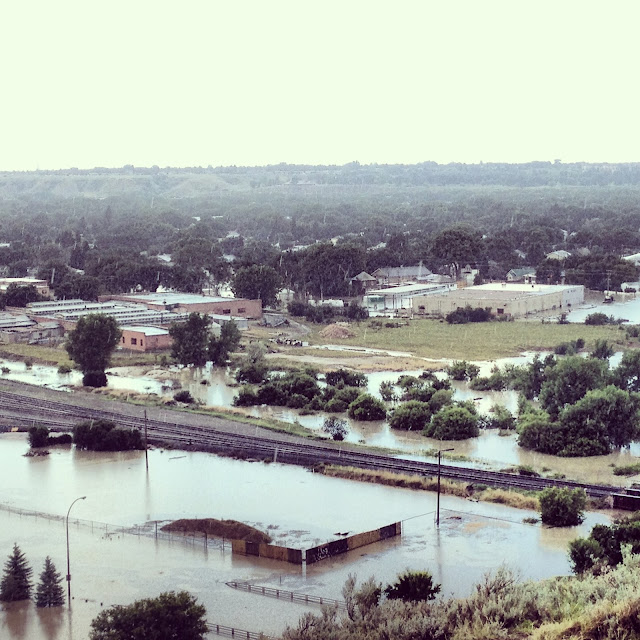 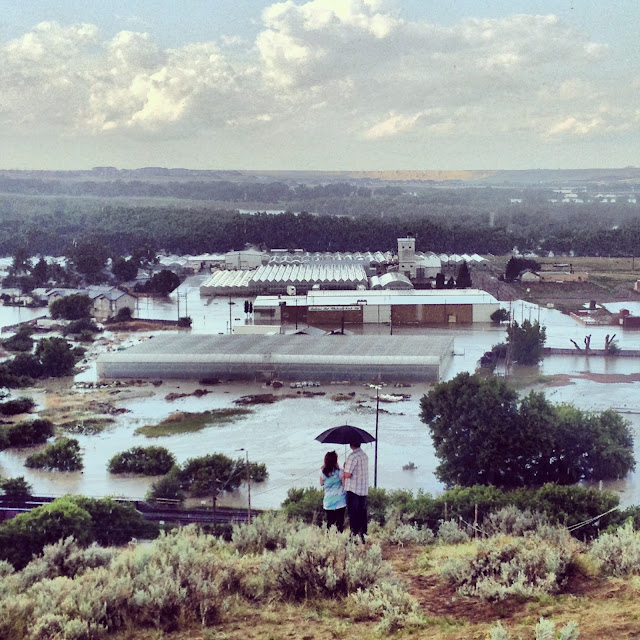 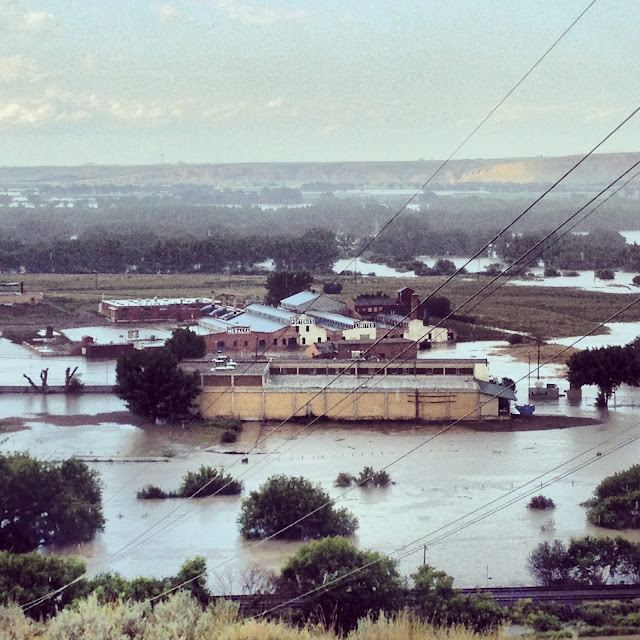 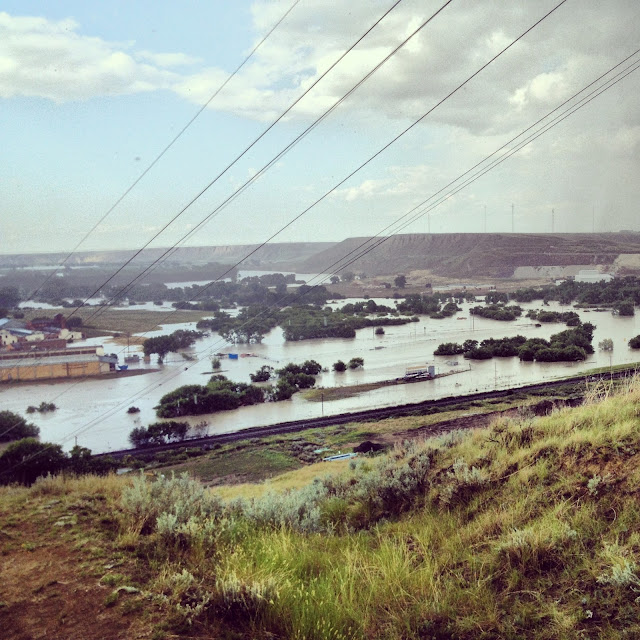 For many more fantastic pictures of the flood, check out Luke Fandrich's site, Editing Luke. He has a 4 part series of the flood, I've linked to the third post of the series.
Posted by Alison Wonderland at 10:59 AM