I last did one of these in 2012. Recently, I've been asked by a couple of people how Medicine Hat's cost of living compares with other cities in Alberta, so I thought I should do an update. This is trickier to answer than it seems, because it's a false equivalency to compare cities of similar size. Medicine Hat has a similar population size to three other Alberta cities - St. Albert, Airdrie, and Grande Prairie.  However, only one of these has a comparative situation to Medicine Hat as a hub for shopping and services. Both St. Albert and Airdrie rely on their proximity to their populous neighbours to provide many services and amenities. Grande Prairie is the only city of similar size that also acts as a hub for the surrounding area.

For this I'm going to use each city's tax rate against the average house prices listed above for comparison, as I don't know how different assessed value is from real estate market value. Let us assume that the difference in real estate pricing and assessed value are the same across the board.
Comparison by population:
Medicine Hat - $3,141
Grande Prairie - $4,270
St. Albert - $5,454
Airdrie - $3,079
Average of cities of similar population size = $3,986
Medicine Hat's average property tax is $845 or 21% less than the average compared to similar sized cities.
Popular comparison:
Medicine Hat - $3,141
Lethbridge - $3,745
Red Deer - $3,390
Edmonton - $3,402
Calgary - $3,451

Average of popular comparison = $3,426
Medicine Hat's average property tax is $285 or 8% less than the average in cities popularly compared to Medicine Hat.


Utility Costs - Total Energy Charges for the period January 2020 to June 2020 (Taken from the How We Compare information from the City of Medicine Hat - natural gas and electricity costs)
There is a website, Utilities Consumer Advocate, where you can do price comparisons. I did not want to do the figuring that went into the information the city shared, so I am just using their price comparisons and will forgo the utility comparisons with the similarly sized cities.
Medicine Hat - $916
Lethbridge - $1,265
Red Deer - $1,199
Edmonton - $1,184
Calgary - $1,116

Here are some websites you may find useful for comparing other aspects of living costs or livability between communities: 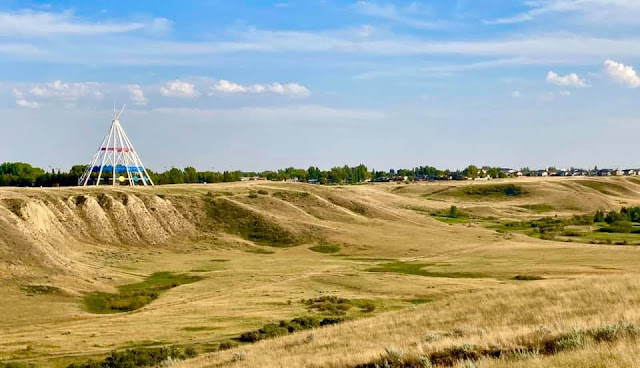 Posted by Alison Wonderland at 11:41 AM