This is the first place we've lived in that we've done any decorating of the master bedroom.  The only rooms we painted in our Castor house (our first house) were the girl's bedrooms/office, but we left the rest of the house the way it was because we knew we weren't going to live there forever and the colours were "popular" enough that we could sell it that way.  I didn't like them.  I could live with them, and decorate around them, but they were nothing that I would have chosen.  Our master bedroom was small to begin with, but for some reason the previous owners thought it would be a good idea to paint it a dark colour and make it look even smaller! 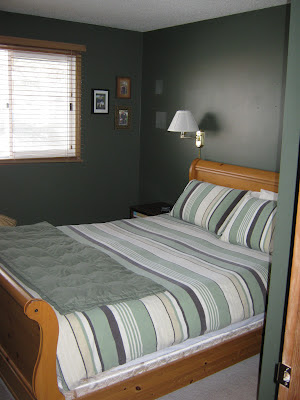 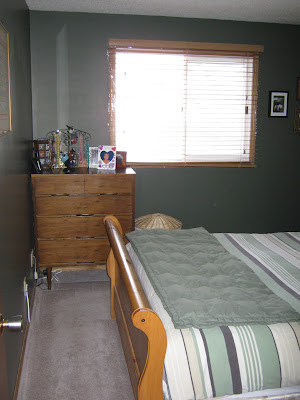 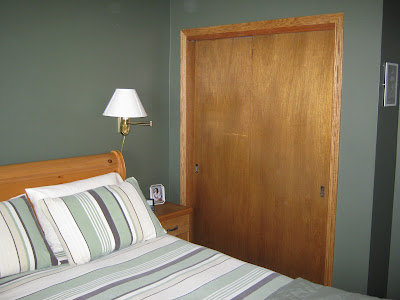 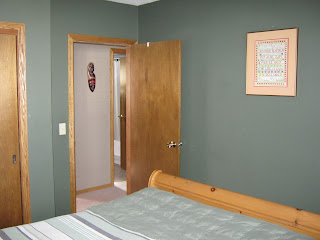 Then we bought our house here in Medicine Hat which the previous owner had painted various shades of brown/taupe/greige.  Again, I am not a fan.  I like colour!  Before the move, Mike painted the girl's rooms, but we didn't really have time to get to our room, so once again I "made do".  Here is the master bedroom before we moved in. 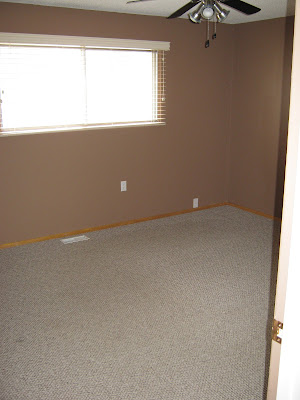 Then last fall, Mike painted, and I finally broke out all the bedding, lamps & accessories that I had been accumulating!  The colour is Gentle Tide by Glidden.  It was a trial just to get the paint.  I originally saw it used on the Young House Love website in the master bedroom of their first house.  But when I tried to get it here, no one carried it or even had the formula for mixing it up!  I had to have my cousin in the States go to Home Depot there and get the formula which she mailed to me.  Then I took it in and had it mixed at the Home Depot here in Medicine Hat.  It was worth the bother.  The pictures don't do it justice.  It changes with the light, sometimes it's a gray-blue, sometimes dusty aquamarine, or pale turquoise.  I'm in love with it!

Mike insisted that I let you know that it will look even better once the white baseboards have been put up and we've built our fabric covered headboard. (We left our sleighbed frame at the Castor house). 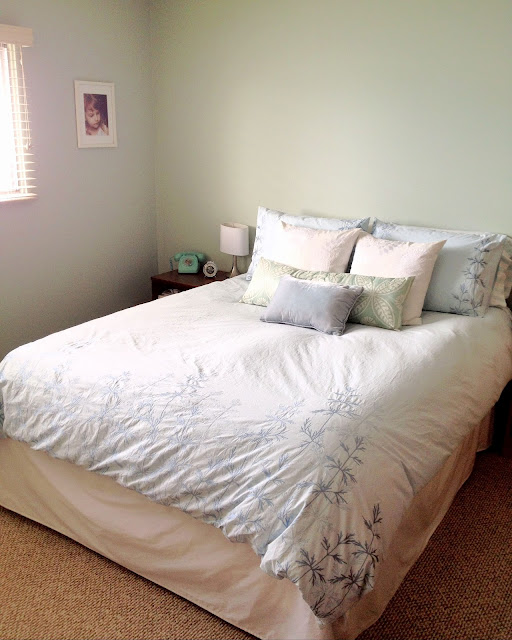 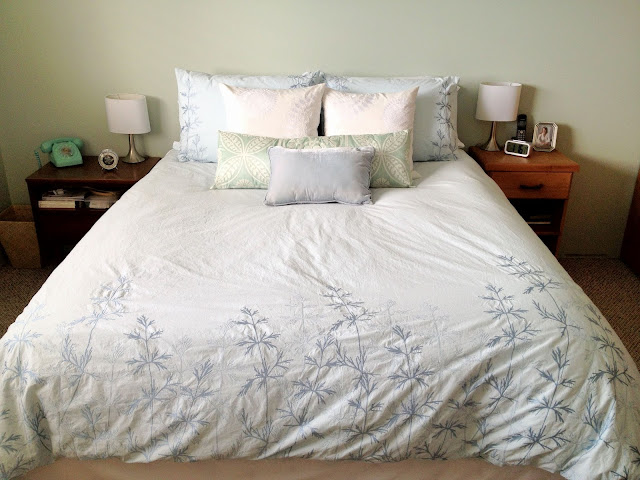 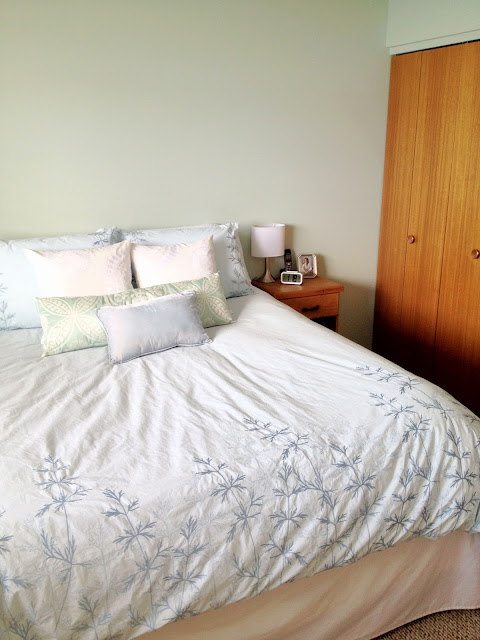 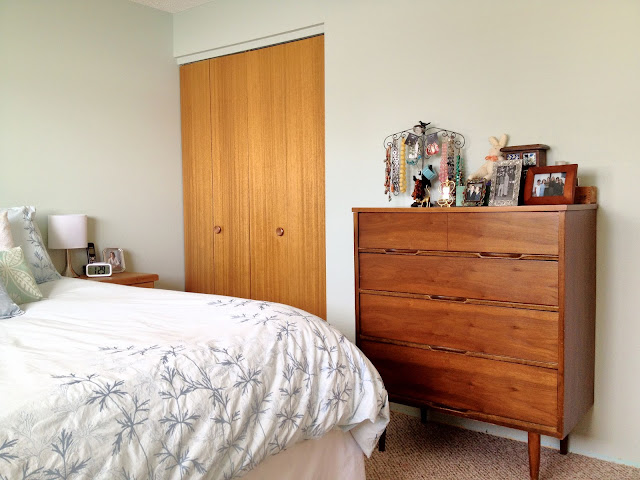 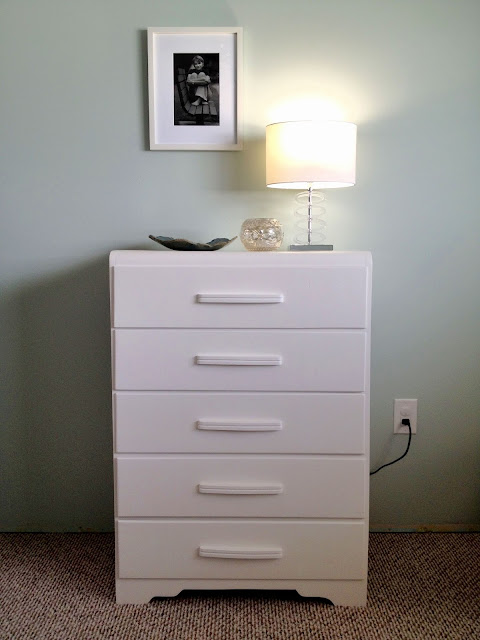 There is a story behind this dresser.  I found it at a consignment store that was going out of business.  It was marked at $100, but the guy sold it to me for $10!  I thought it was a great deal until Mike picked it up and informed me that it would take at least the other $90 in supplies to get it into usable condition, not to mention the labour.  He was right.  He replaced the wood on the top and back as well as the drawer bottoms.  He replaced the drawer runners and reinforced the joints.  He filled, sanded and painted.  He sealed the interiors of the drawers with a sealant because it stunk so badly of "old".  Even with that, the smell was so bad that I still have bowls of coffee grounds in each drawer to absorb the smell.  I'm hoping by the spring that I'll be able to actually put something into it! 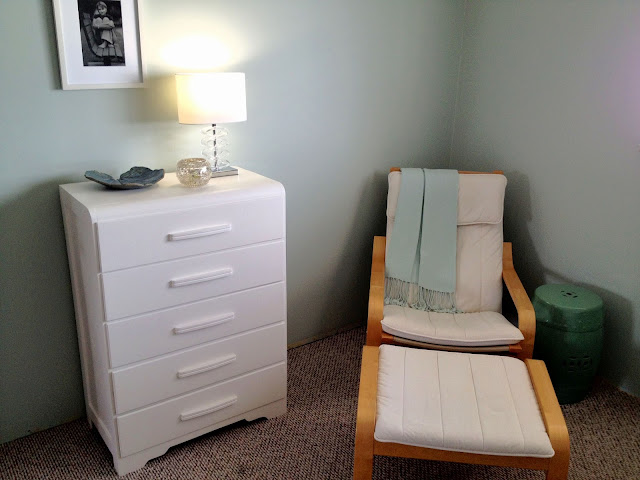 My lovely reading/cross stitch corner, for when I have a minute to spare (which is almost never). 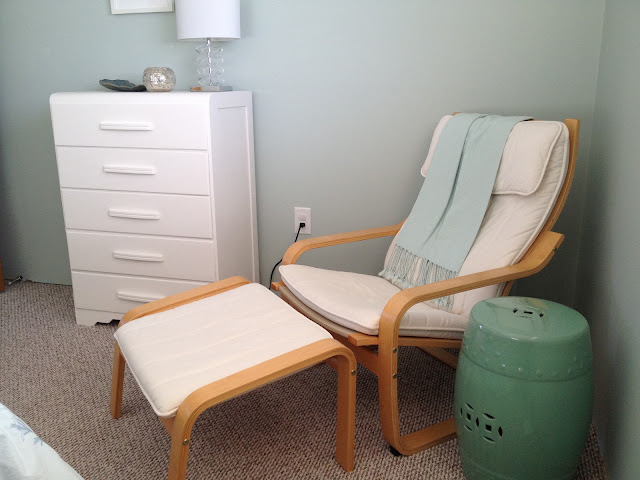 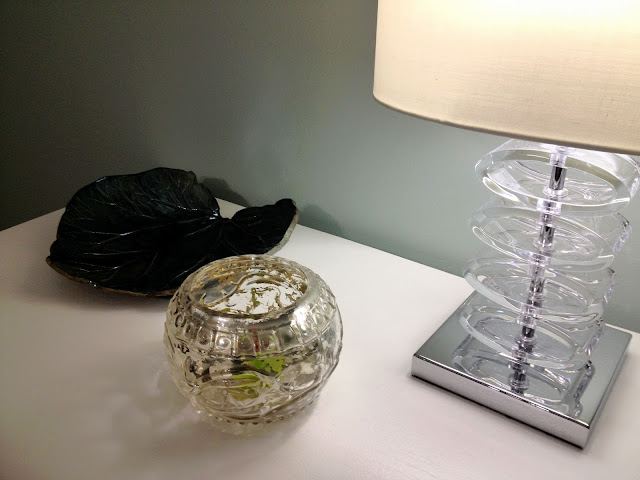 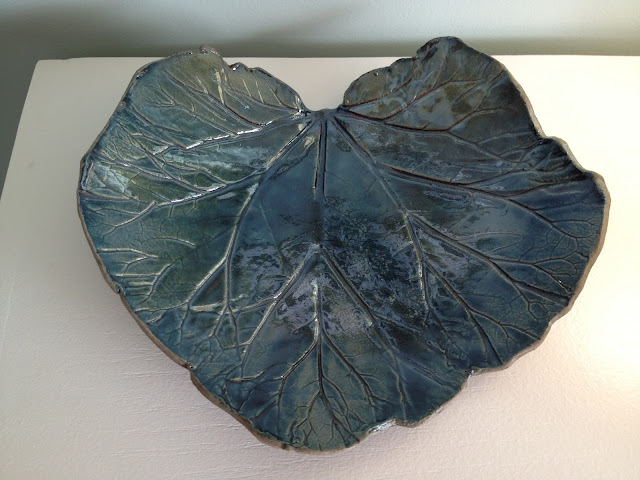 Raku pottery shaped from a rhubarb leaf that I bought at the Craft Co-Mingle at the Cultural Centre. 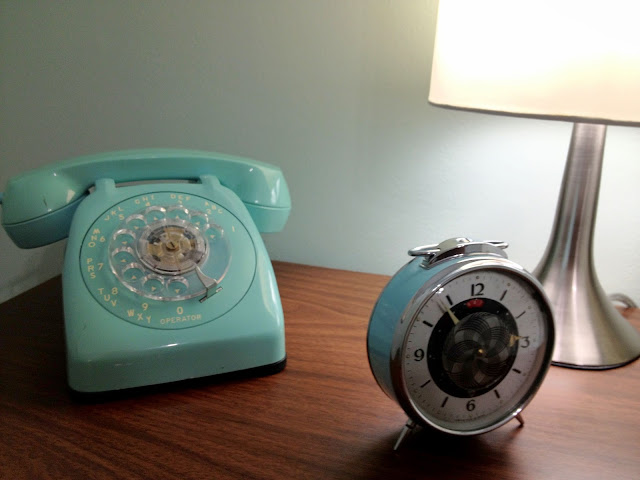 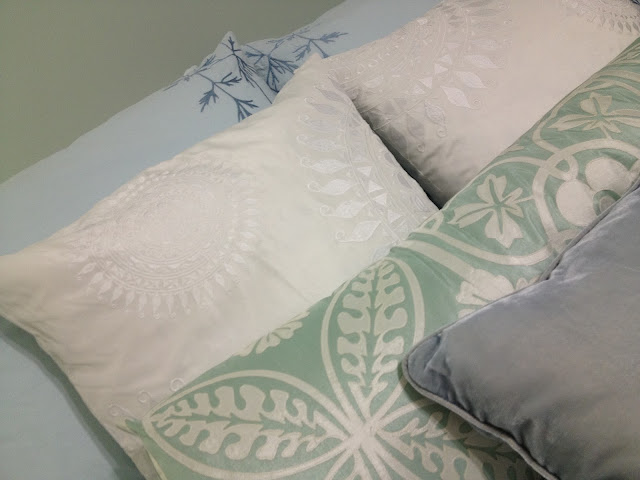 Email ThisBlogThis!Share to TwitterShare to FacebookShare to Pinterest
Labels: House